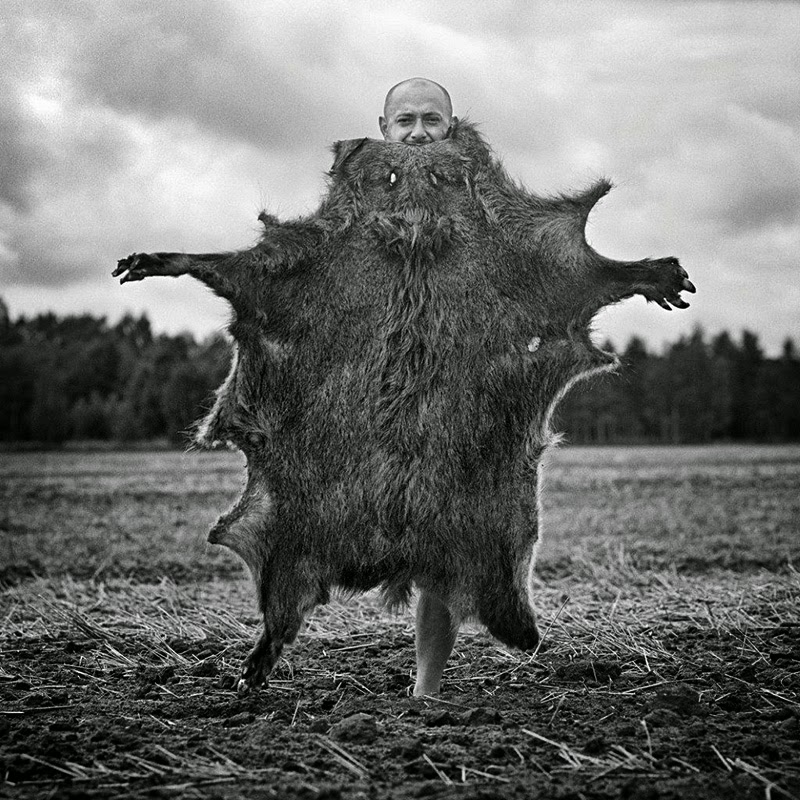 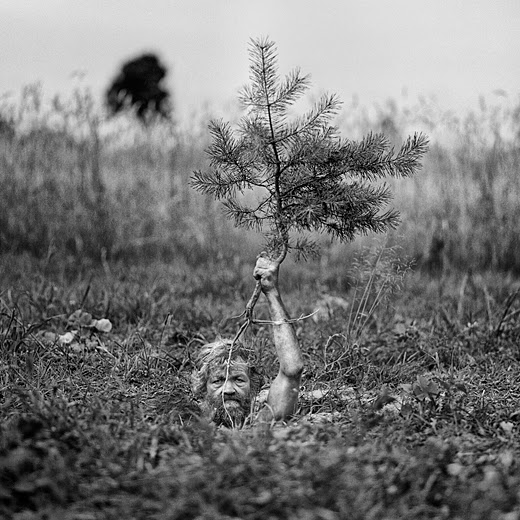 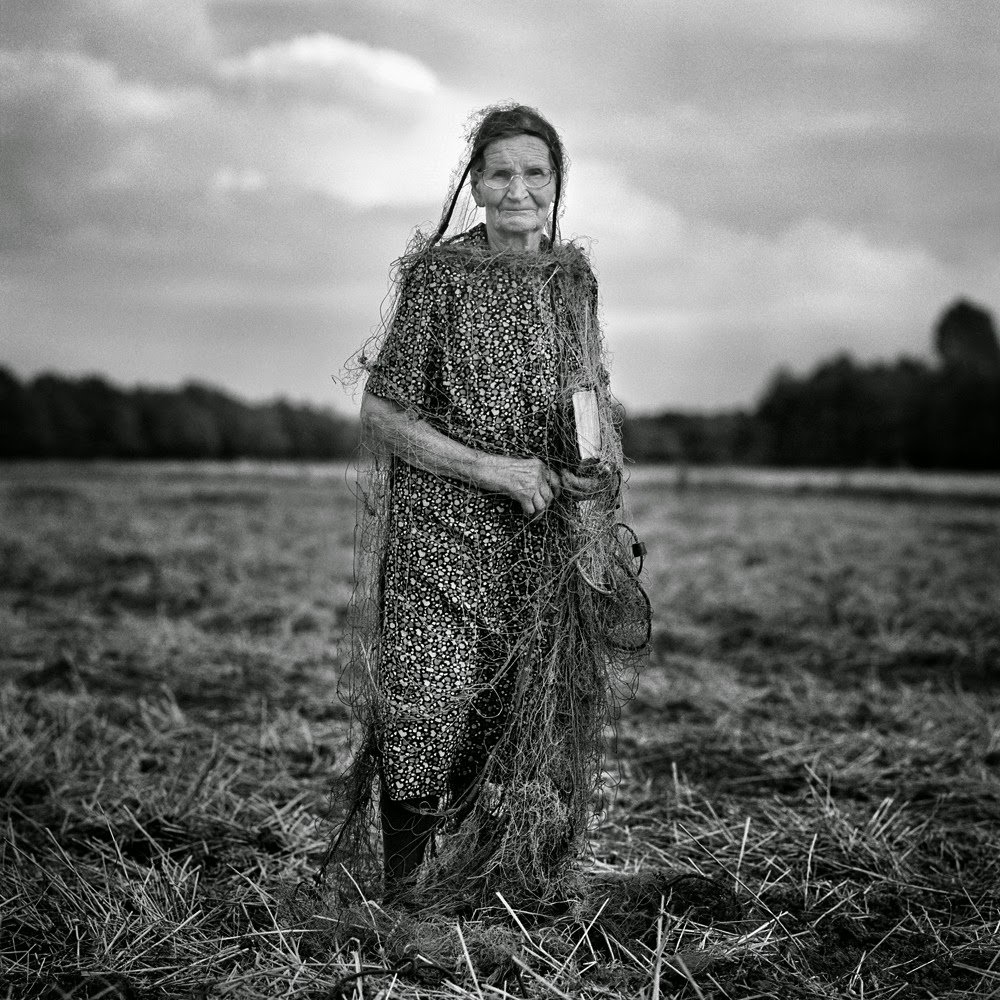 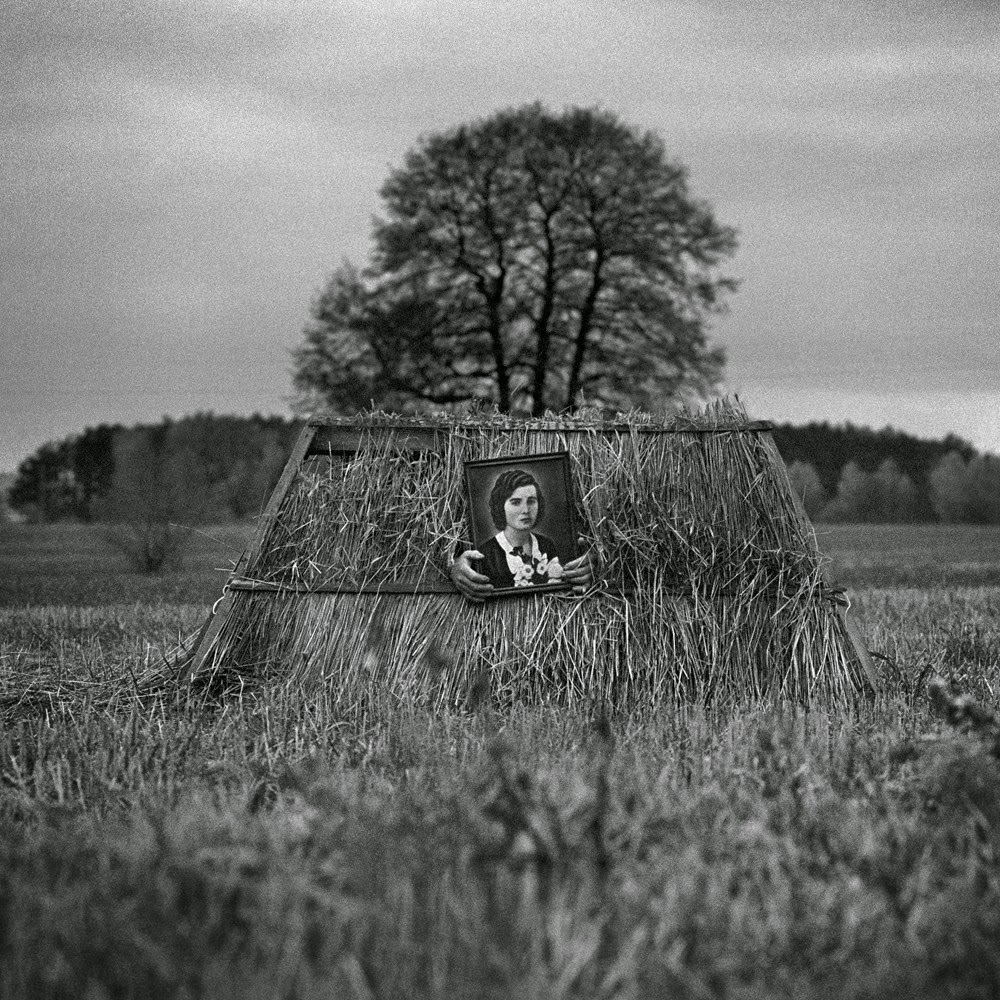 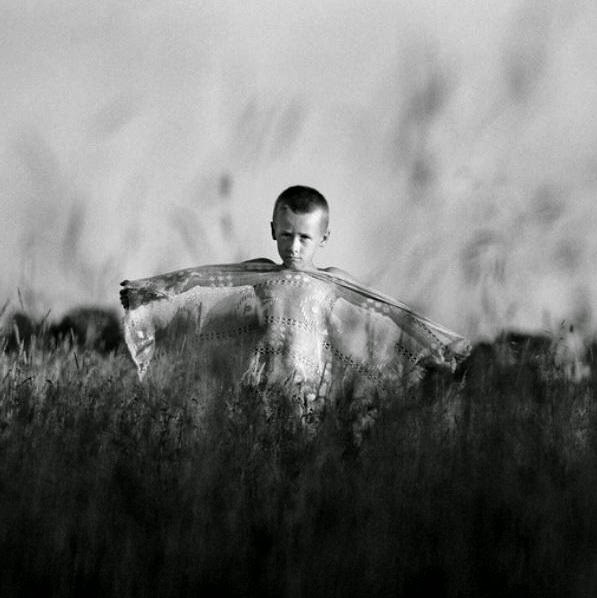 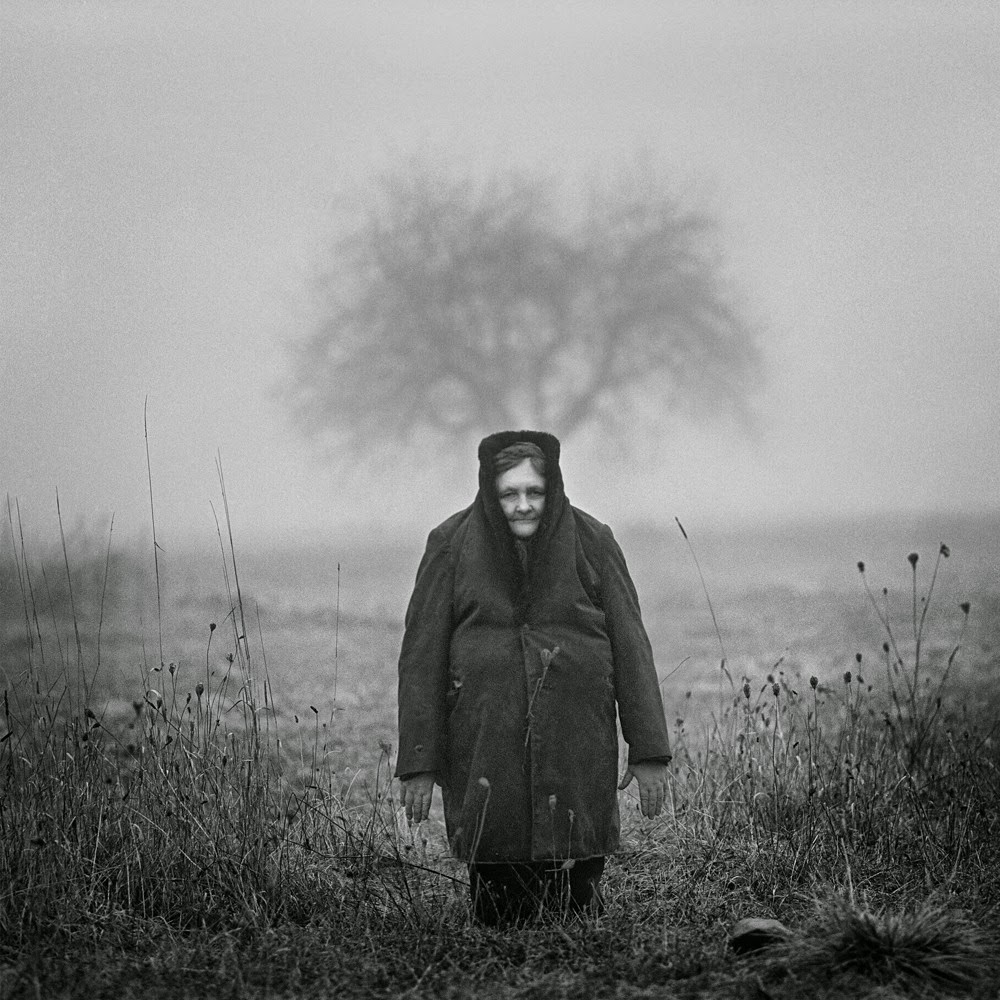 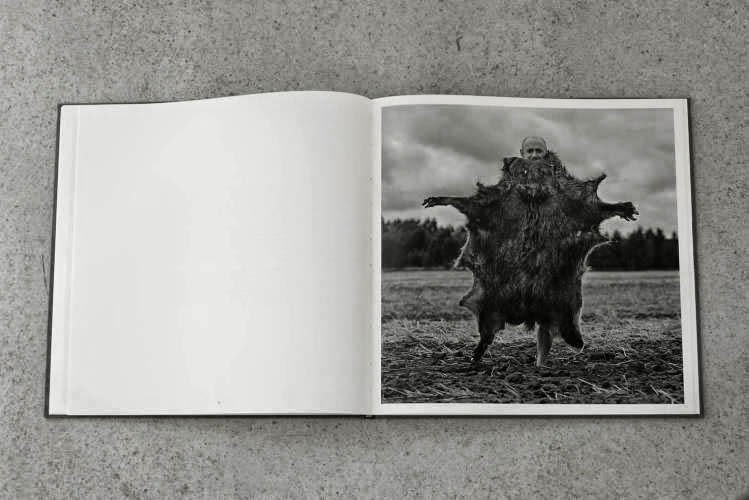 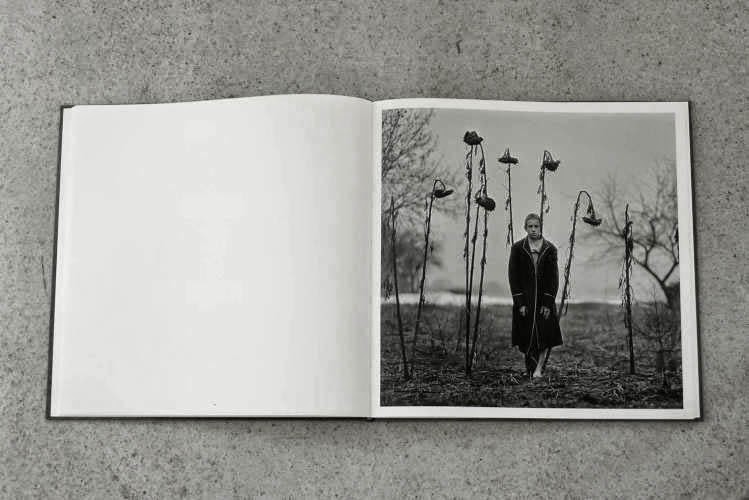 Adam Panczuk delivers a fascinating documentation of farmers in Eastern Poland in Karczeby. The polish word Karczeb describes a farmer deeply rooted in his cultivated land. The subject matter is particularly timely as farmers all over the globe struggle to make a living off of the land their families have cultivated for centuries in the wake of Monsanto and large-scale corporate farming. The book includes rich black & white portraits of the farmers in their land. Another book of portraits is included within Karczeby — depicting a group of amateur actors who farm fields during the day and act in plays in the evening. Source: Photo-eye Bookstore 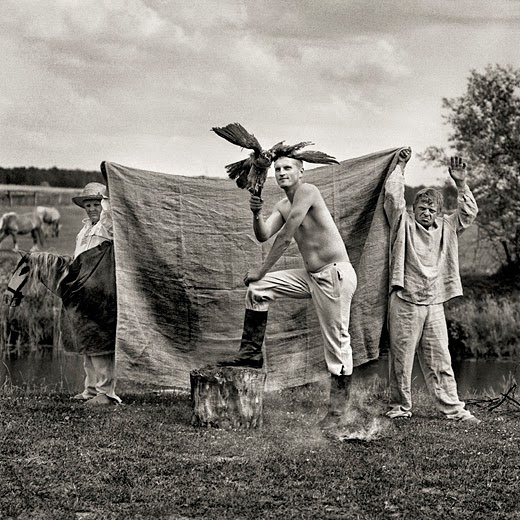 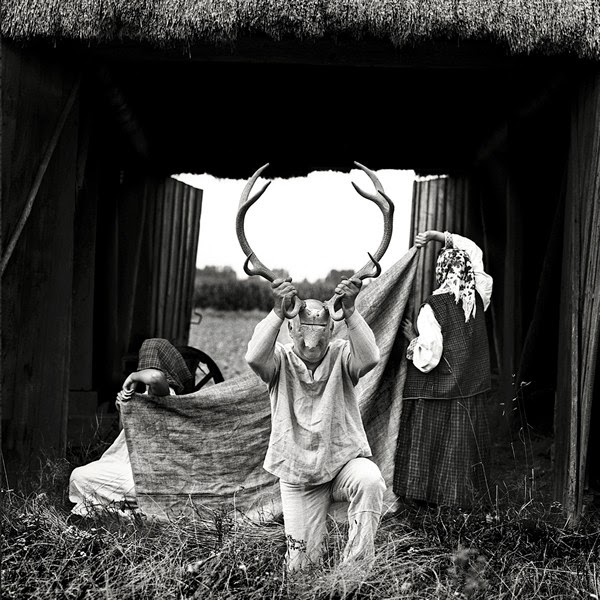 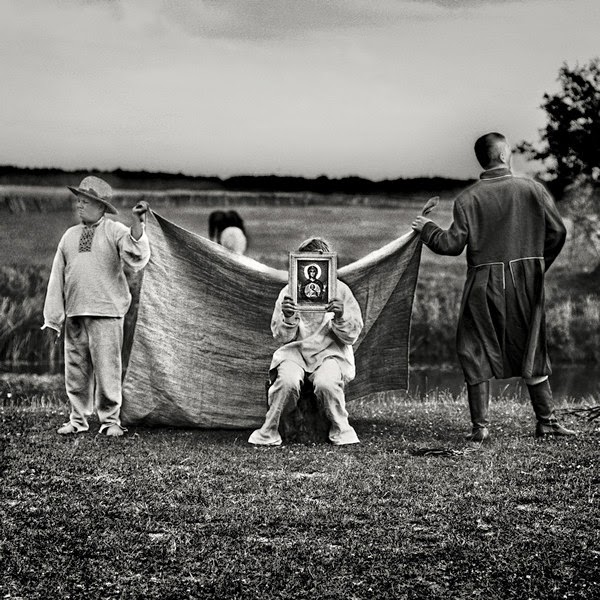 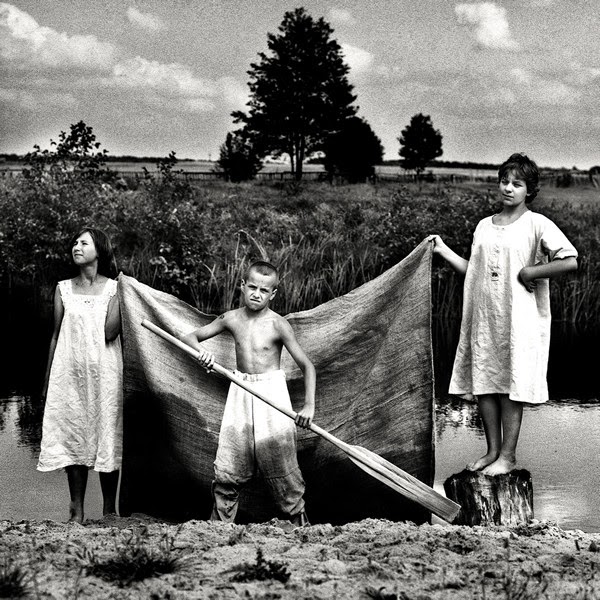 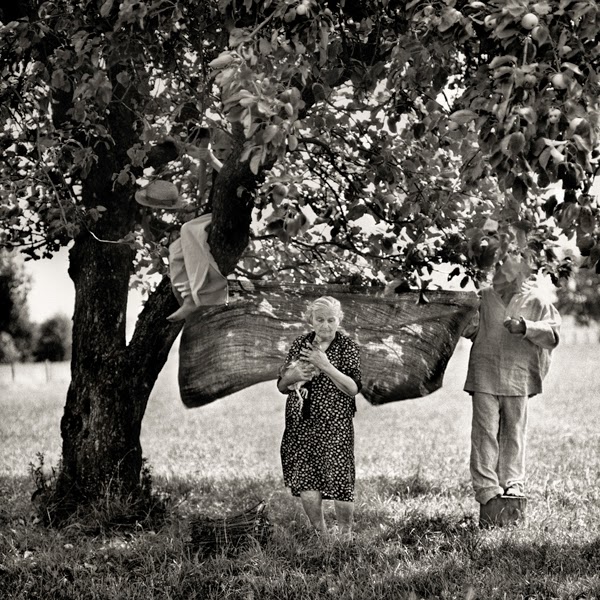 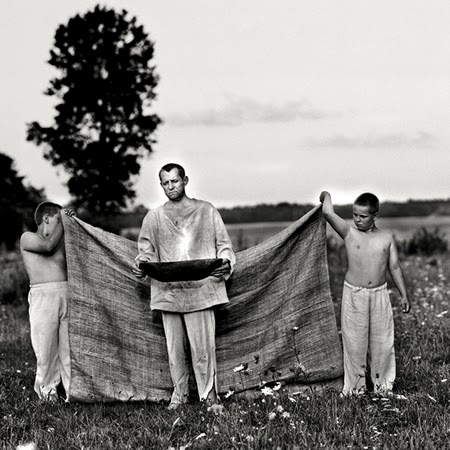 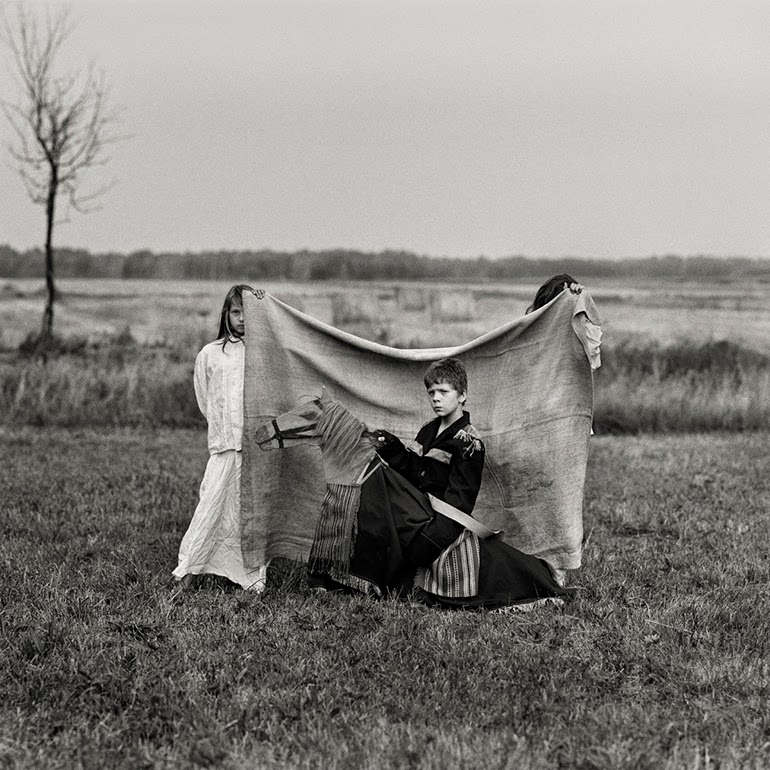 Amateur actors from the local folk theater „Czeladonka” from Lubenka, near the border between Poland and Belarus. They perform scenes based on old customs and rituals, cultivated by generations. The actors are farmers, who work in the fields during the day. They only have evenings to work on their plays.
One show is often played by a whole family. Sometimes even three generations of actors take part in one performance. Staging takes place outdoor in different parts of the village. The audience follows the actors as they move with their stage. In the end, the actors together with the spectators join a feast.

Adam Panczuk (1978) lives in Warsaw. In his work he travels to wherever he finds an interesting subject. He studied at the University of Economics and photography at the Multimedia Communication Department of the Academy of Fine Arts in Poznań. With his projects Pańczuk seems to be asking questions, at the same time directly and metaphorically, about identity, consciousness and attitude towards life of the people he meets along the way. His unique skill to tell gripping yet intimate stories with images has won him many prestigious awards to date.  Adam is member of Sputnik Photos.
Adam is represented by La galerie particulière and Picturetank, Paris, France.
http://adampanczuk.pl/