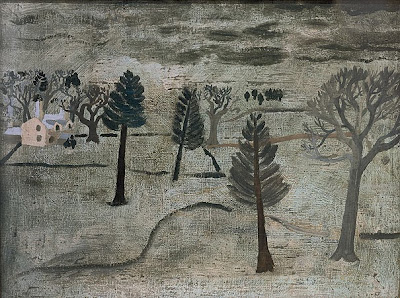 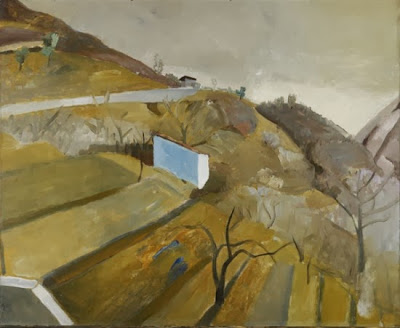 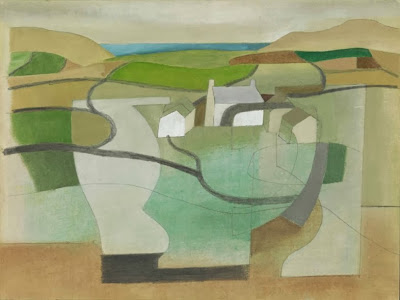 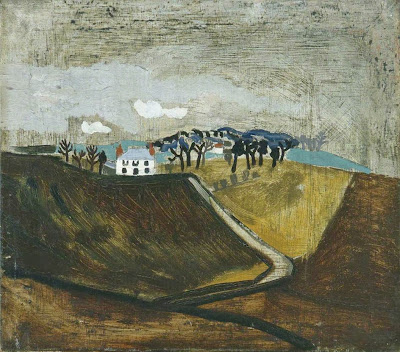 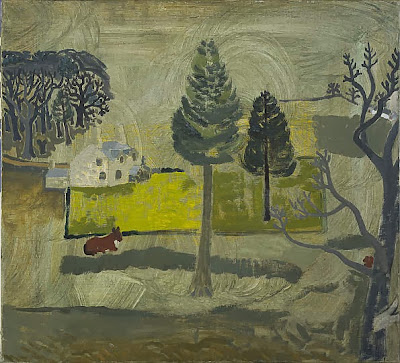 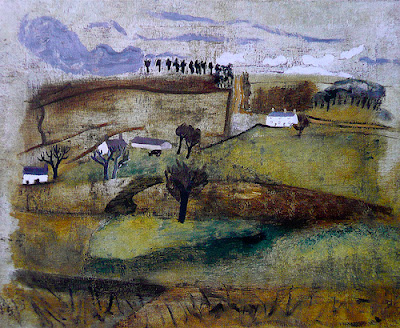 Ben Nicholson was born in Denham, Buckinghamshire, and was the son of the artists William Nicholson and Mabel Pryde. He studied at the Slade School of Art, 1910-11. He spent 1912 to 1914 in France and Italy, and was in the United States in 1917-18. He married the artist Winifred Roberts in 1920. Over the next three years they spent winters in Lugano, Switzerland, then divided their time between London and Cumberland. In 1931, Nicholson's relationship with the sculptor Barbara Hepworth resulted in the breakdown of his marriage to Winifred. He and Hepworth married in 1938 and divorced in 1951. Nicholson lived in London from 1932 to 1939, making several trips to Paris in 1932-3, visiting the studios of Picasso, Braque, Arp, Brancusi and Mondrian. From 1939 to 1958 he lived and worked in Cornwall, before moving to Switzerland. He returned to London in 1974.

Nicholson's earliest paintings were still lifes influenced by those of his father. In the 1920s he began painting figurative and abstract works inspired by Post Impressionism and Cubism. He produced his first geometric and abstract reliefs in 1933. He first exhibited in 1919, at the Grosvenor Gallery and Grafton Galleries. His first one-man show was held at the Twenty-one Gallery, London in 1924. From 1924 to 1935 he was a member of the Seven and Five Society, and in 1933 he joined Unit One, founded by Paul Nash. In 1937 Nicholson, Naum Gabo and the architect Leslie Martin edited Circle: International Survey of Constructive Art. Circle identified Nicholson with a group of like-minded artists and architects who wanted to apply 'constructivist' principles to public and private art, advocating mathematical precision, clean lines and an absence of ornament.

In 1952 Nicholson won first prize at the Carnegie International, Pittsburgh. He was awarded the first Guggenheim International painting prize in 1956, and the international prize for painting at the Sao Paulo Bienal in 1957. He received the Order of Merit in 1968. Numerous retrospective exhibitions of his work have been held, including shows at the Venice Biennale and Tate Gallery in 1954-5, Kunsthalle, Berne in 1961, Museum of Fine Arts, Dallas in 1964, Albright-Knox Art Gallery, Buffalo in 1978, and Tate Gallery in 1993-4. Helped by wide international exposure in British Council tours during the 1940s and 1950s and by the championing of the writer Herbert Read, Nicholson's work came to be seen, with Henry Moore's, as the quintessence of British modernism.