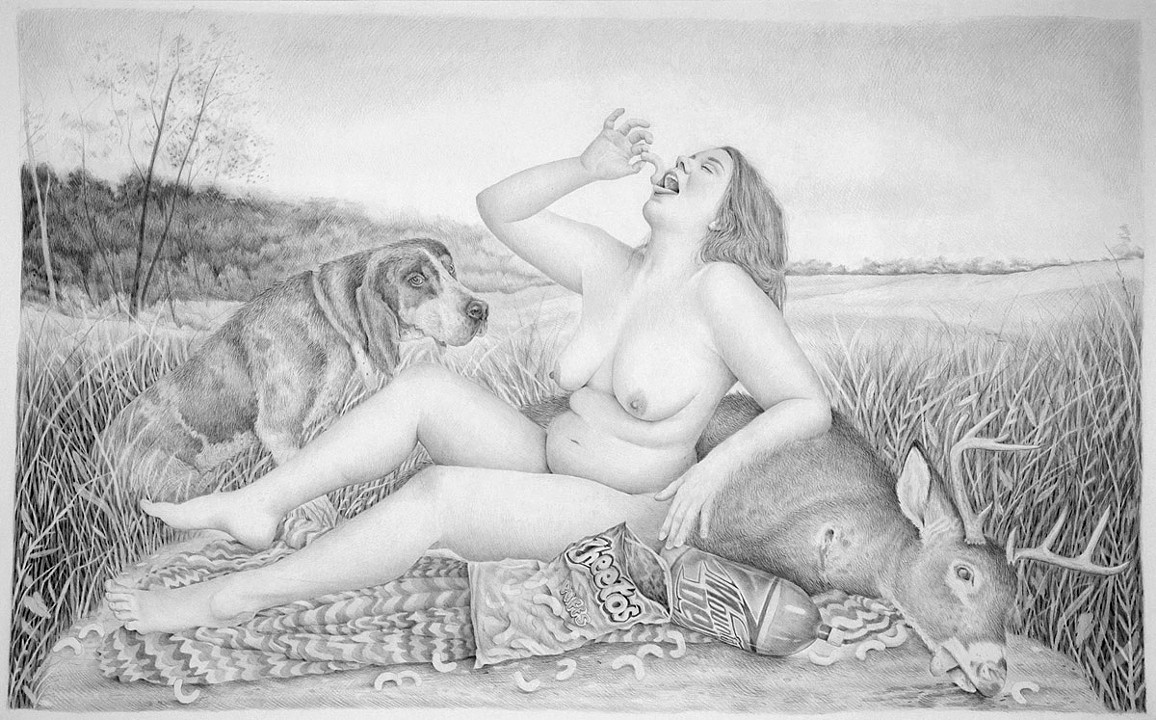 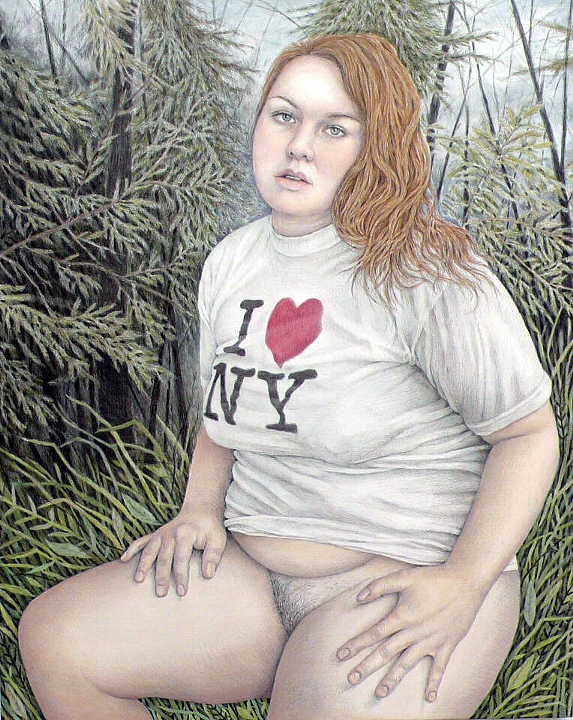 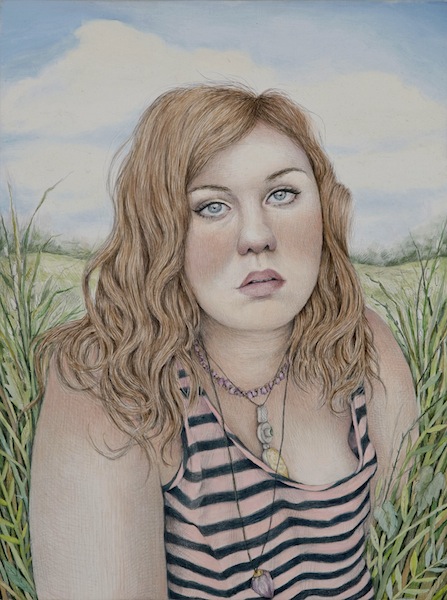 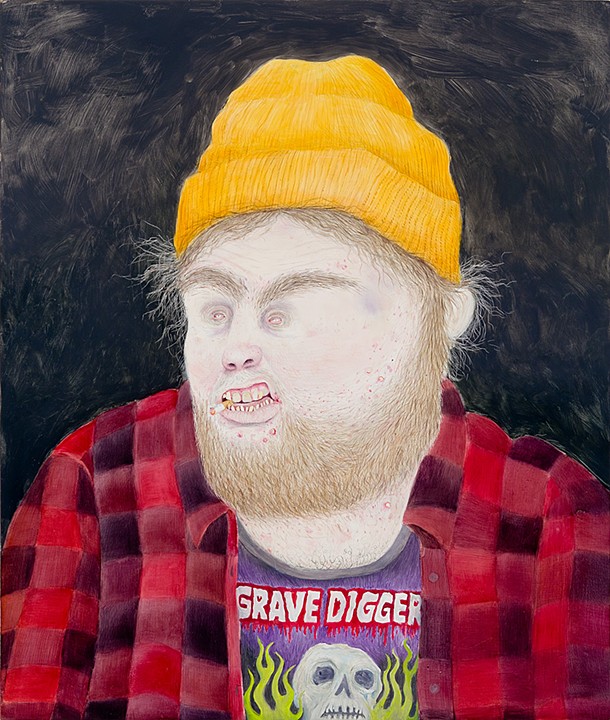 Hunter or Hipster. Graphite and Oil on Pane. 2012.

Rebecca Morgan hails from a Pennsylvania farm town, and her paintings and cartoon-drawings depict the culture clash created by her migration to New York. Her characters evoke the stereotypes of uncouth and uncultured rural redneck Appalachia, and reflect both a constant critique and defense of rural living.
Rebecca Morgan attended Bloomsburg University of Pennsylvania and received her MFA from Pratt Institute. She as been included in exhibitions at Gasser Grunert Gallery, Richard Heller Gallery, Monclair State University, and the Art Los Angeles Contemporary fair. She is the recipient of a Vermont Studio Center full fellowship. Her 2012 solo exhibition at Asya Geisberg Gallery received reviews from Whitehot Magazine, NY ARTS Magazine, and Critical Mob. 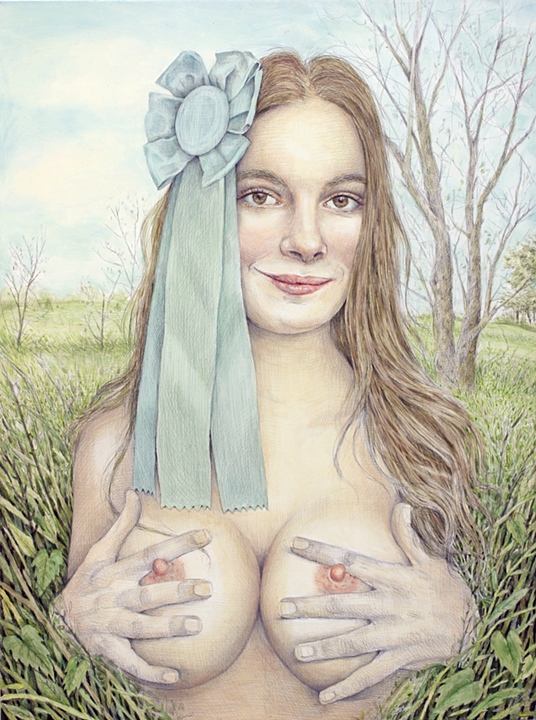 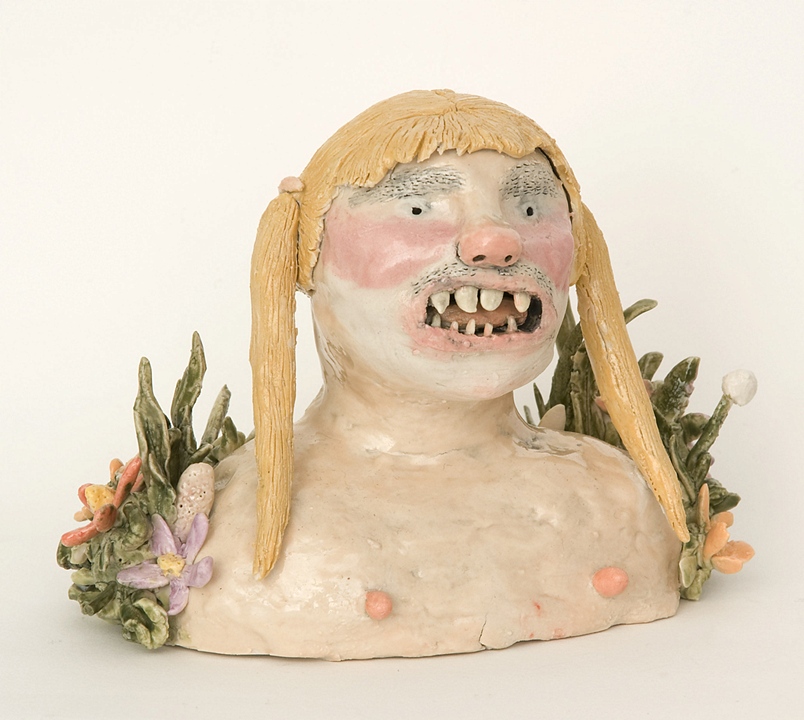 Presently, the cartoons have found a new home in ceramics as I’m creating my own version of a decorative Chotchky, such as Hummel figurines, that are considered artistic and beautiful and revered in homes in my hometown. Invested in the theme of conflict, I want to create objects that are divergent from it's social role and placed in a new context, my grotesque vernacular, and make them discordant from their traditional role in the home. Appropriating and defiling these traditional ornaments, like all of my work, is a coping strategy for my state of intermediacy. 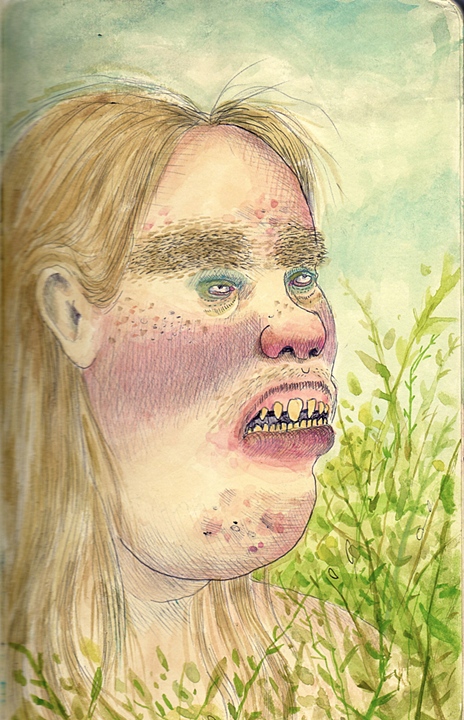 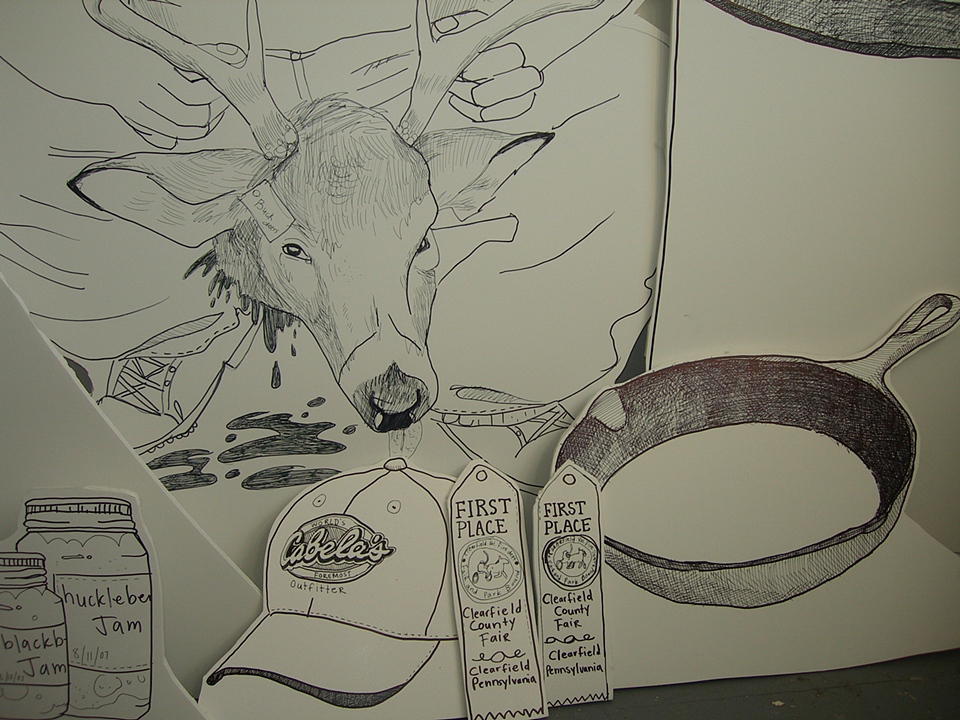 In channeling and exploring the rural redneck stereotype, I was questioning the generalized depiction of social groups and that of the redneck as the angry white working man, backwards ultraconservative, shotgun toting fundamentalist. To formally convey the idea of simplified stereotype, I made ink hatched foam core cut outs of life sized, one dimensional, flat, stage prop type images of objects that would be found back home. I was investigating how shallow this stereotype could be, but also how accurate and truthful it was as well. 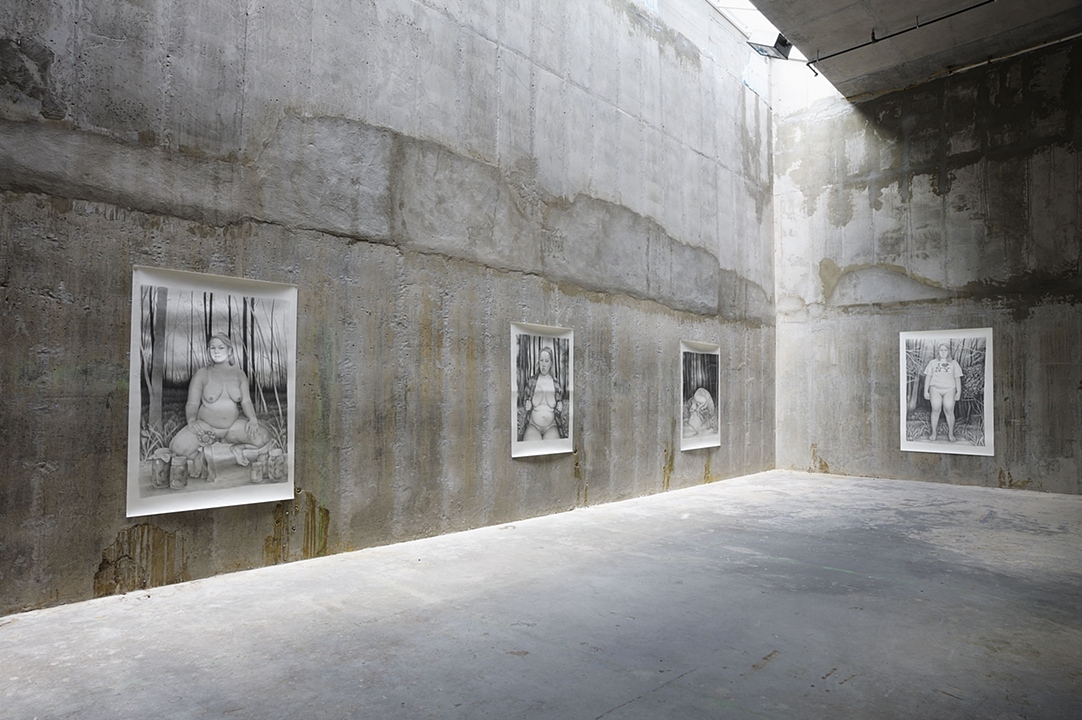 Installation view, Gasser Grunert, "Where I Have Lived and What I Live For", 2010. 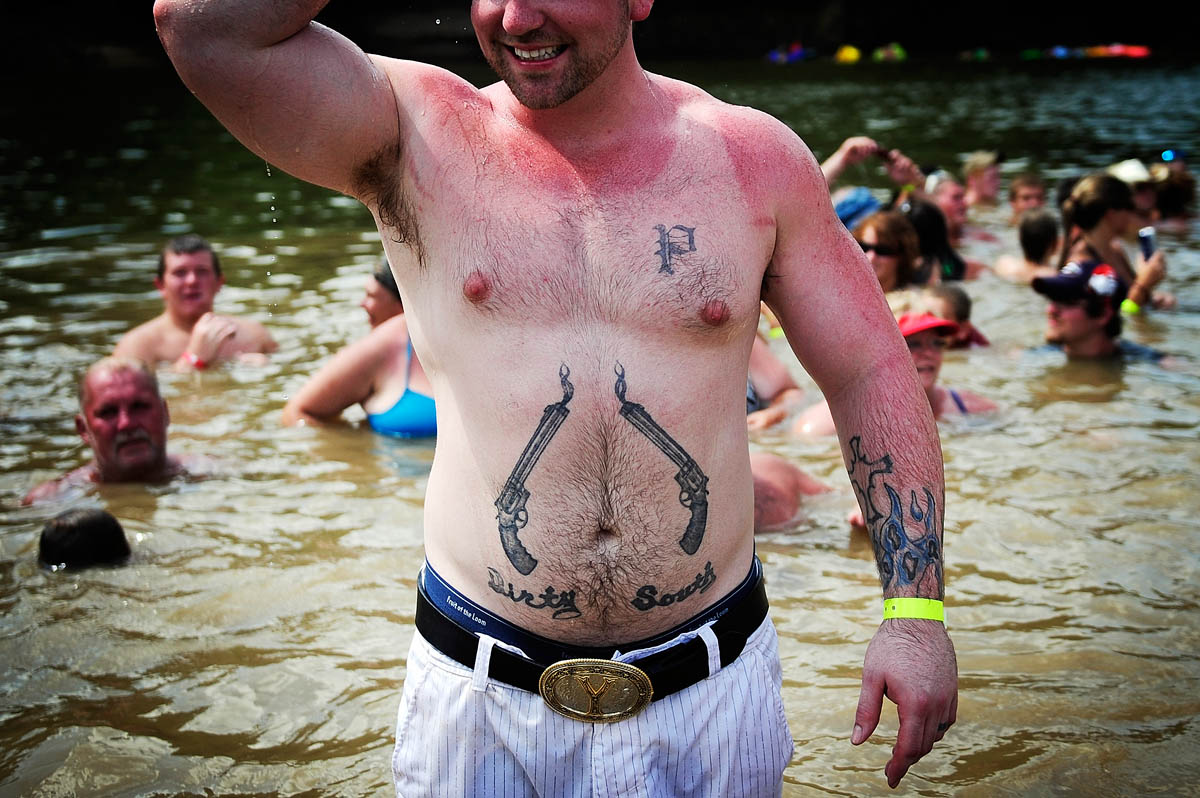