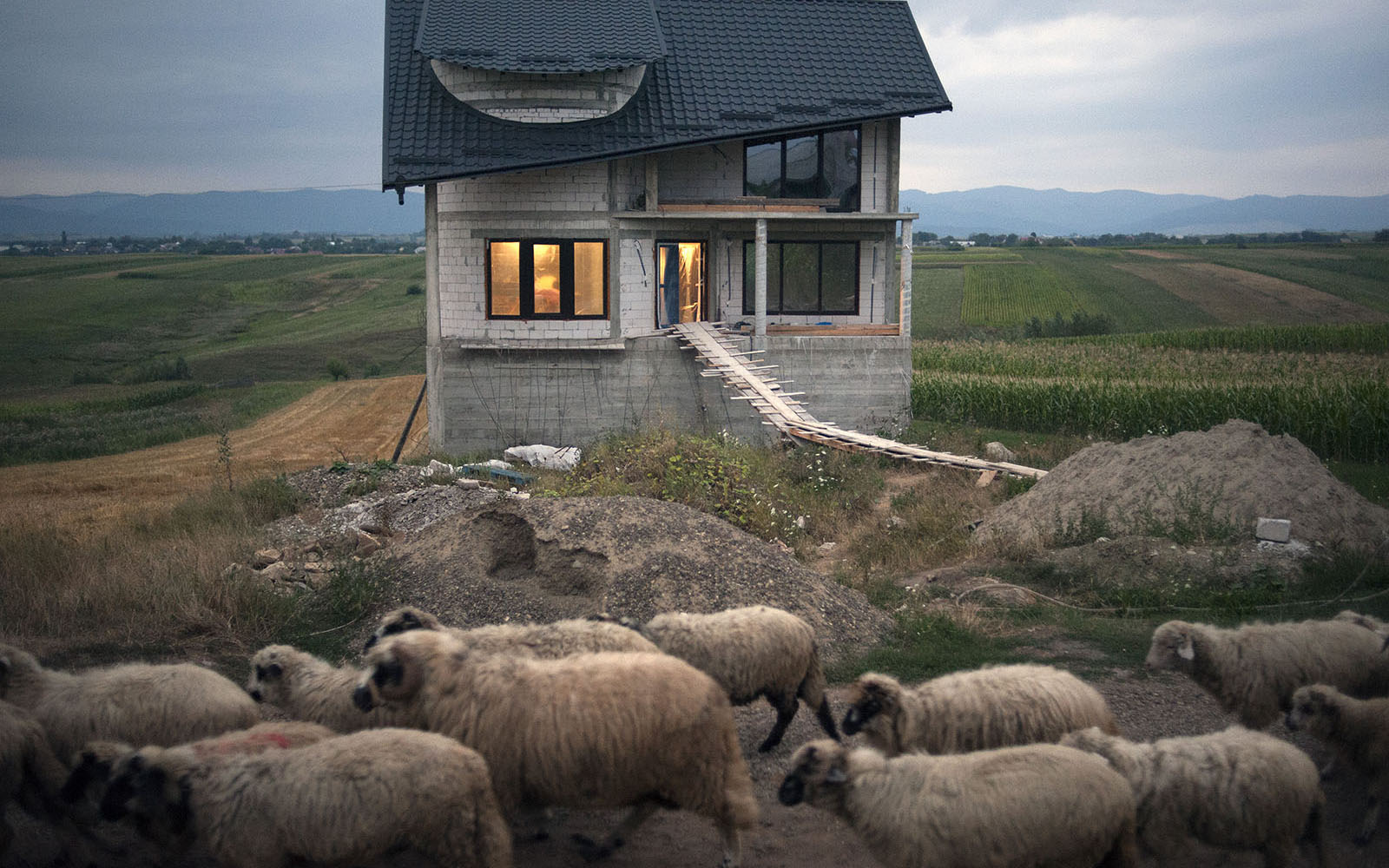 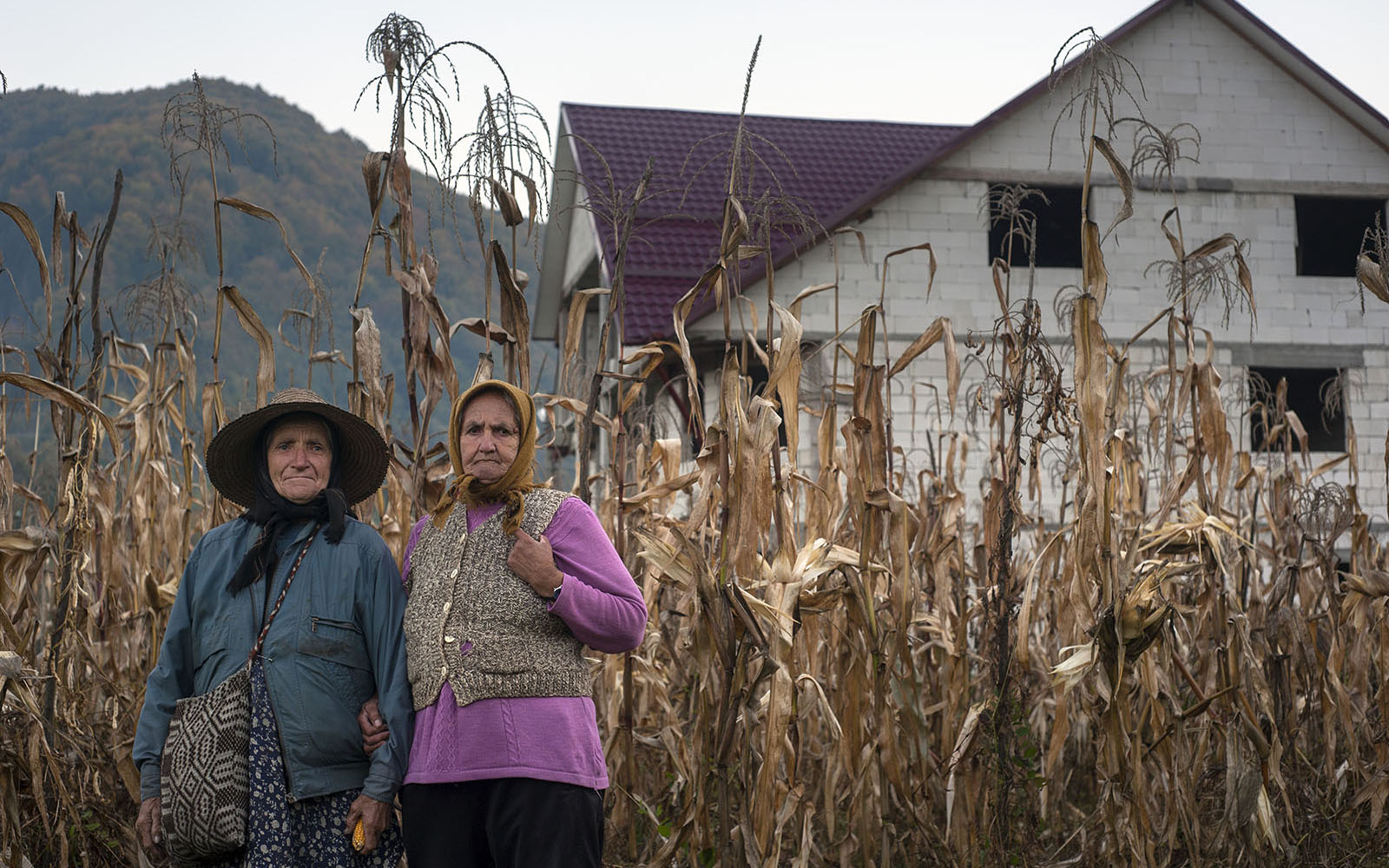 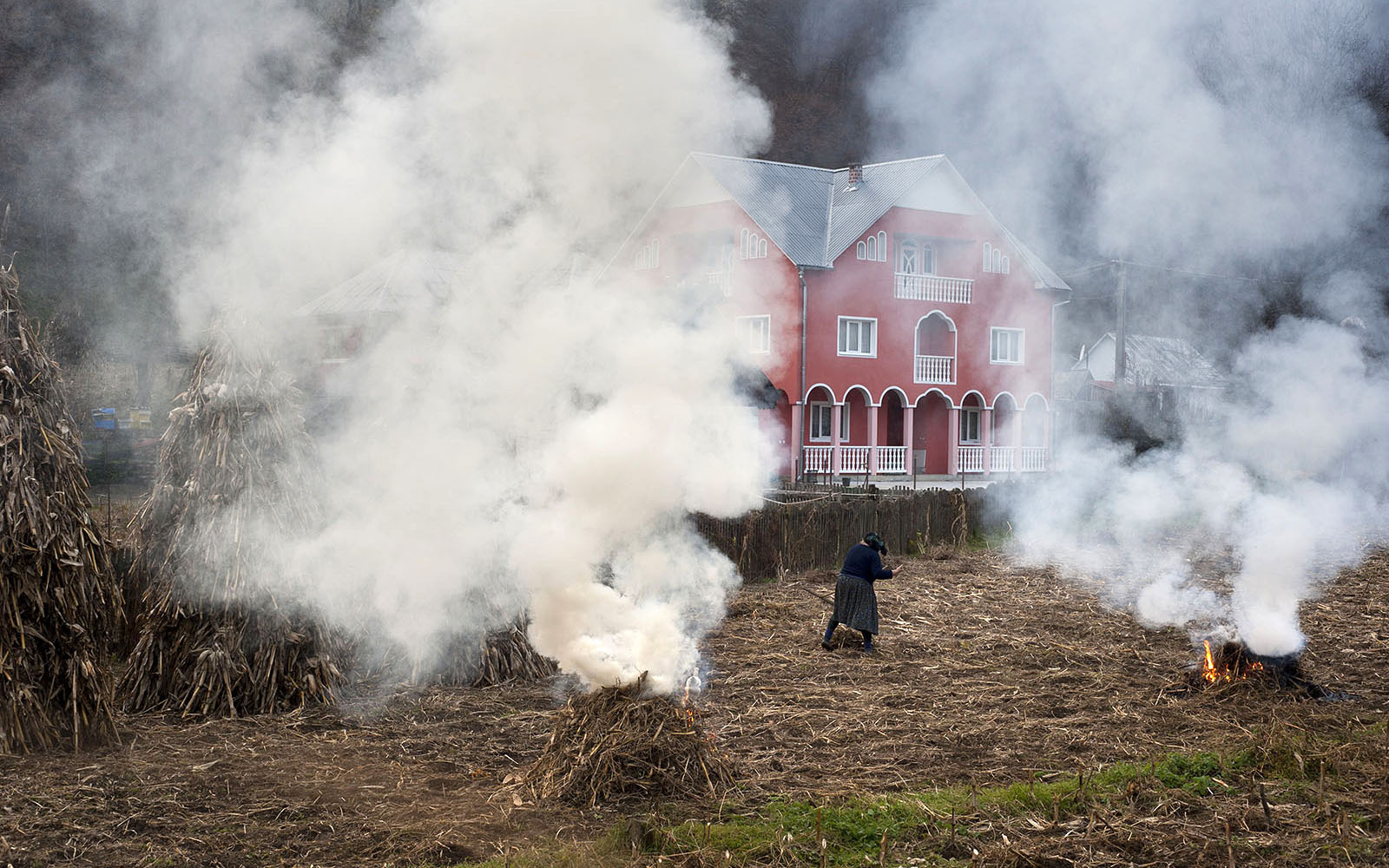 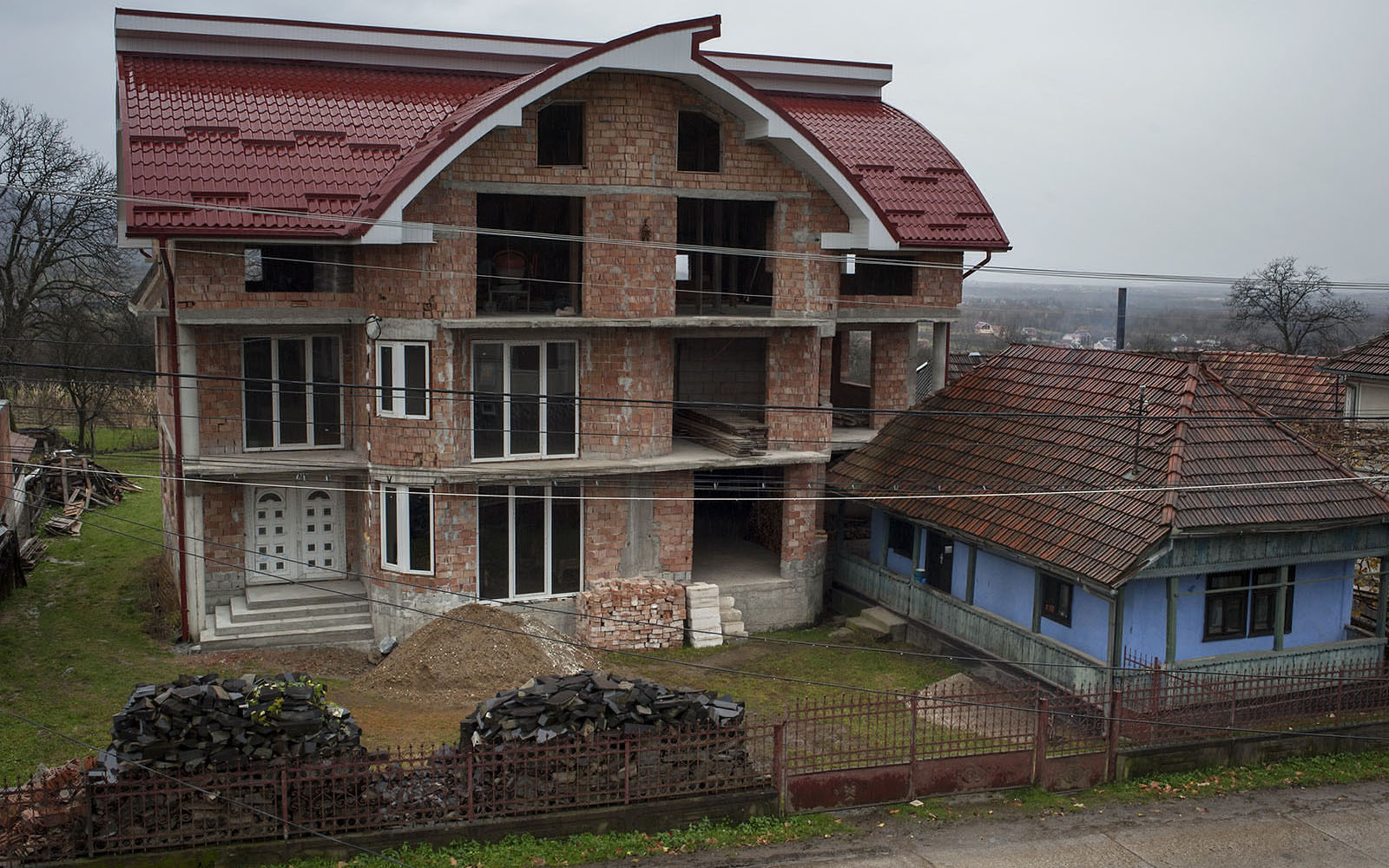 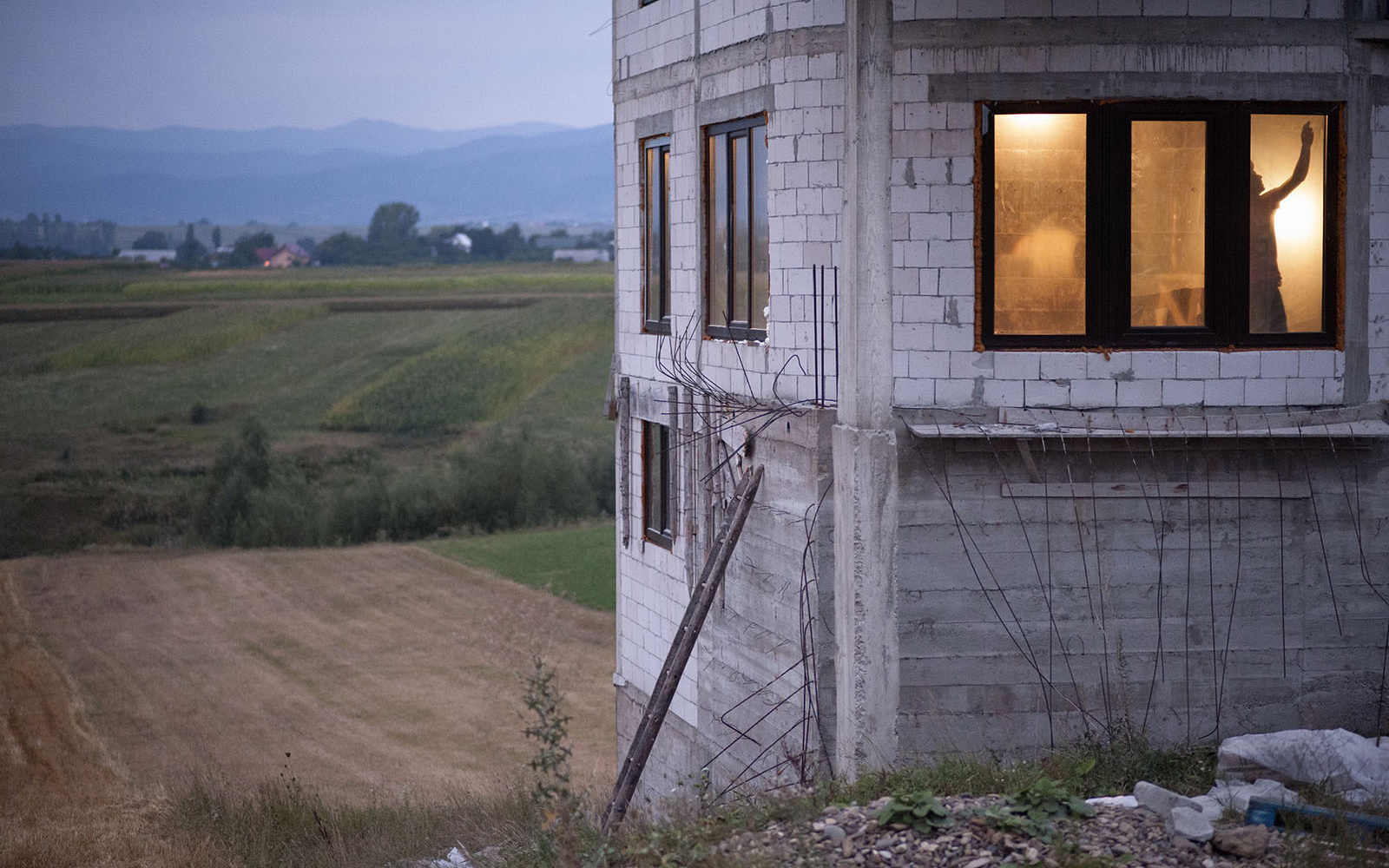 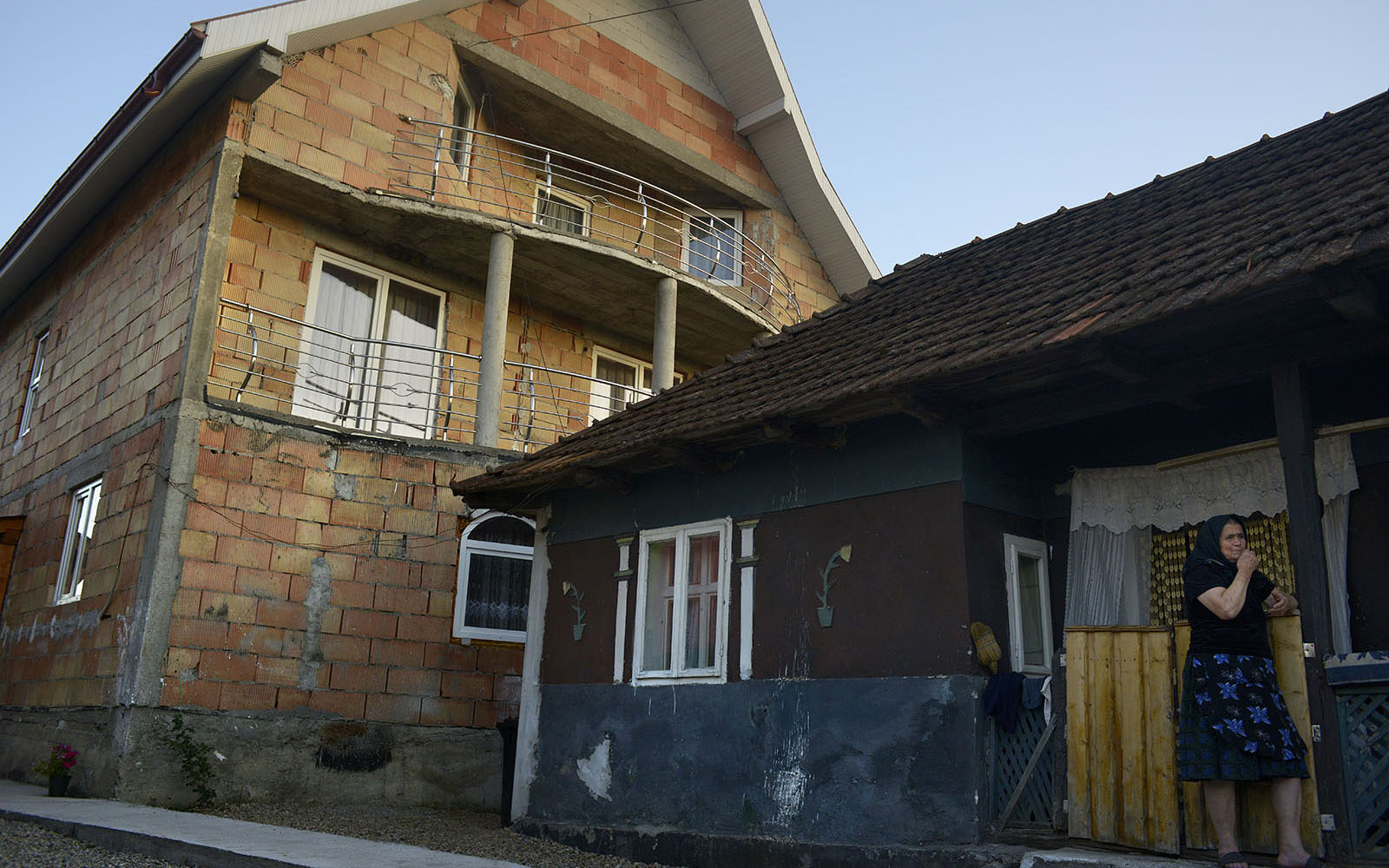 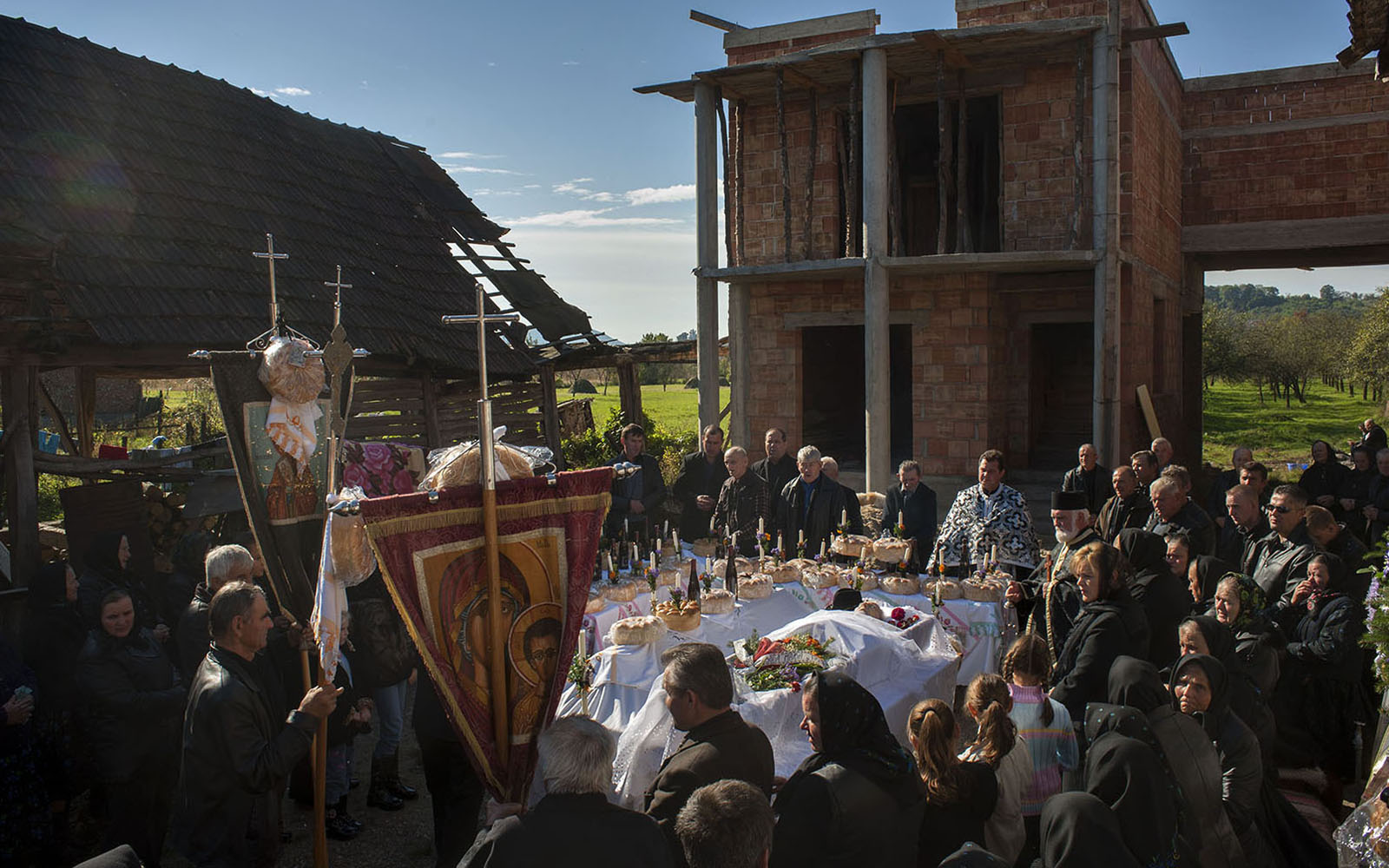 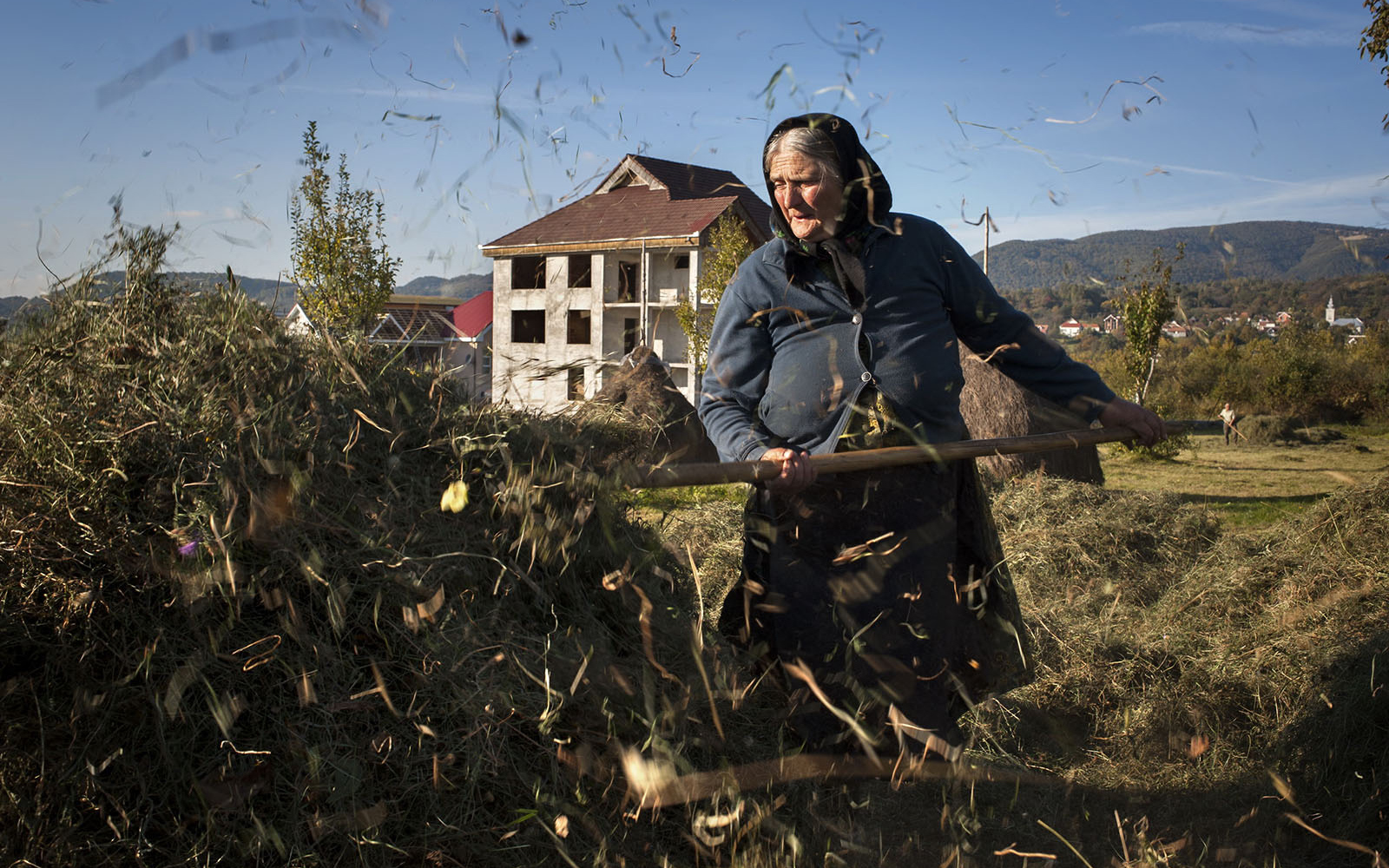 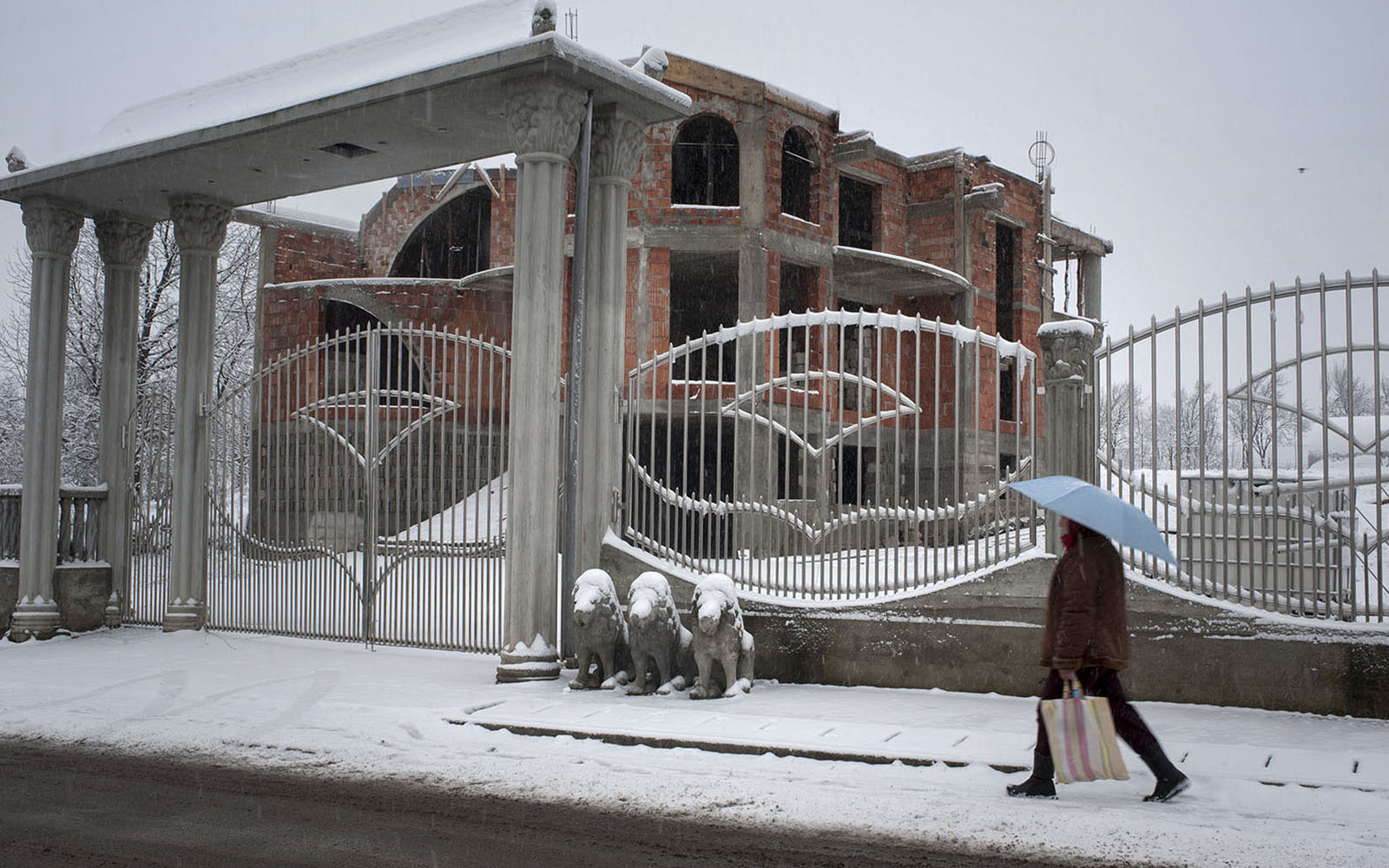 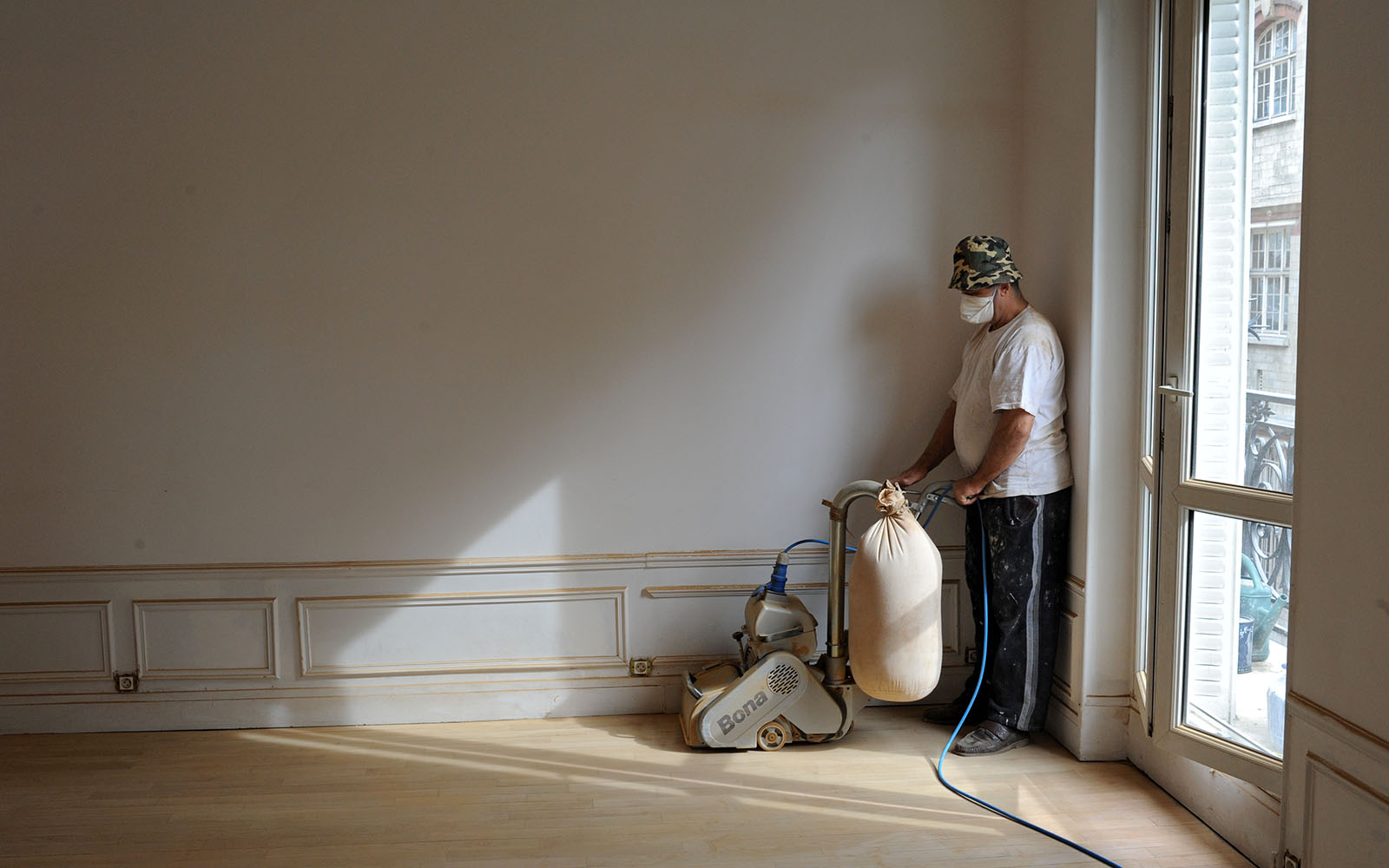 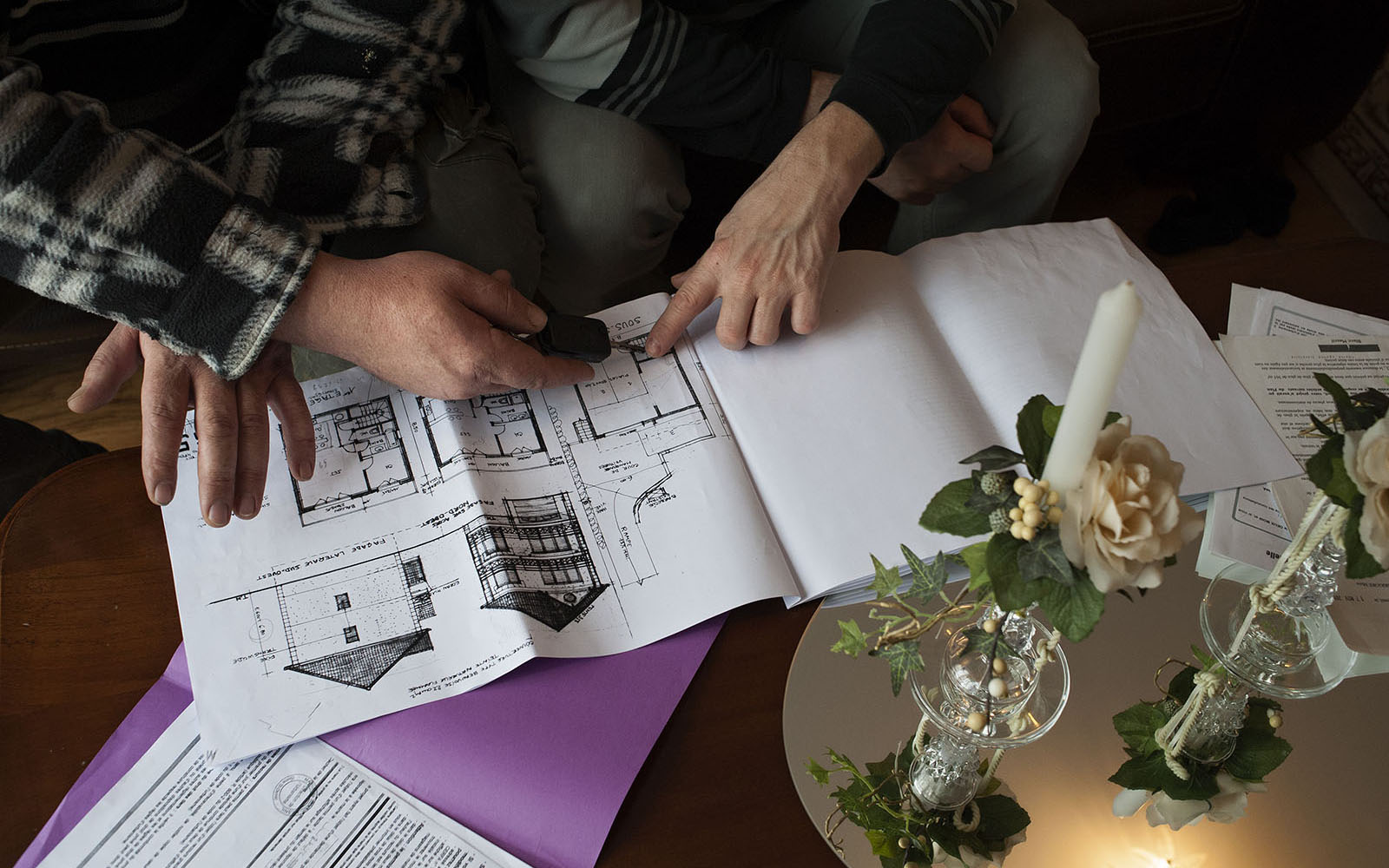 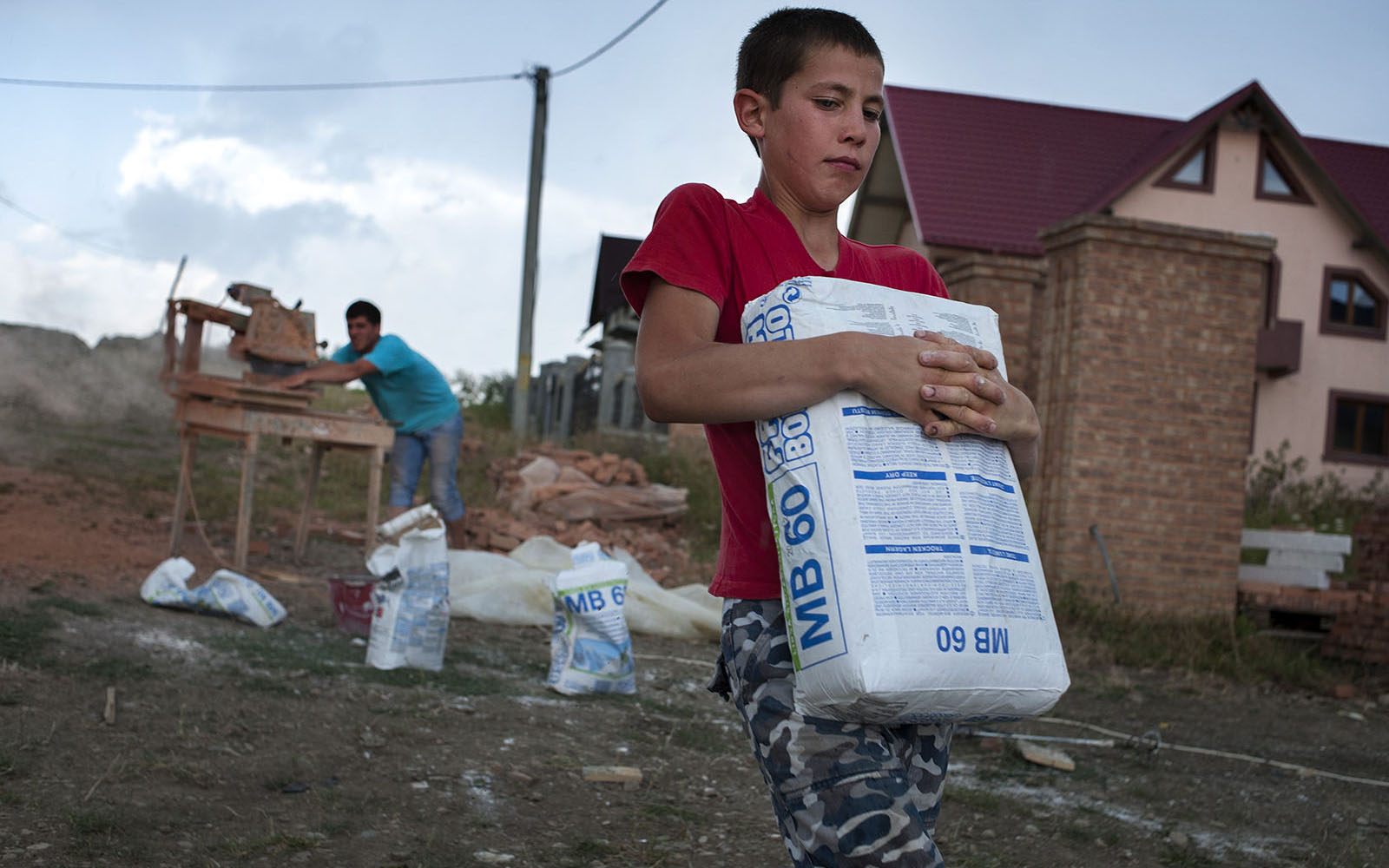 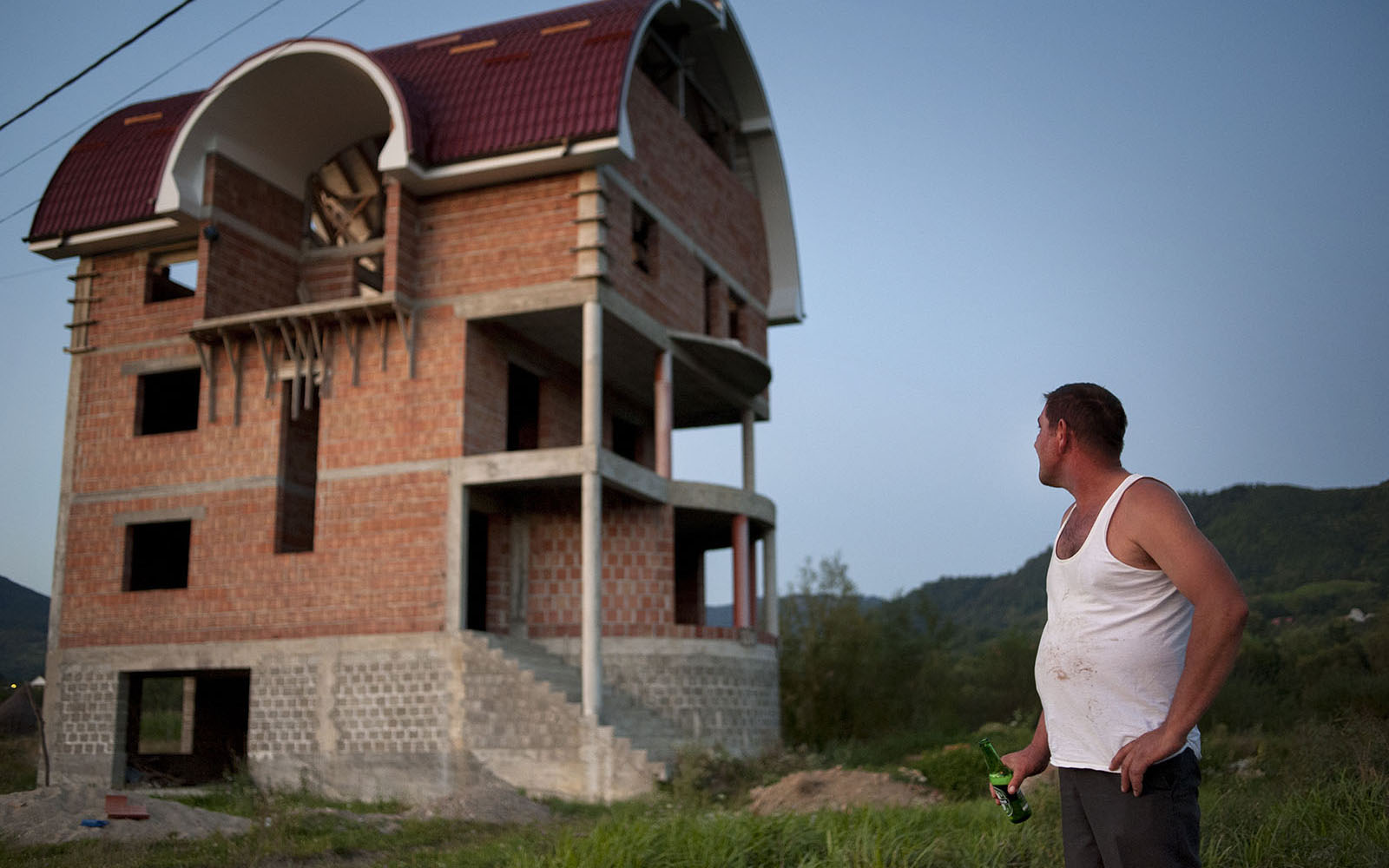 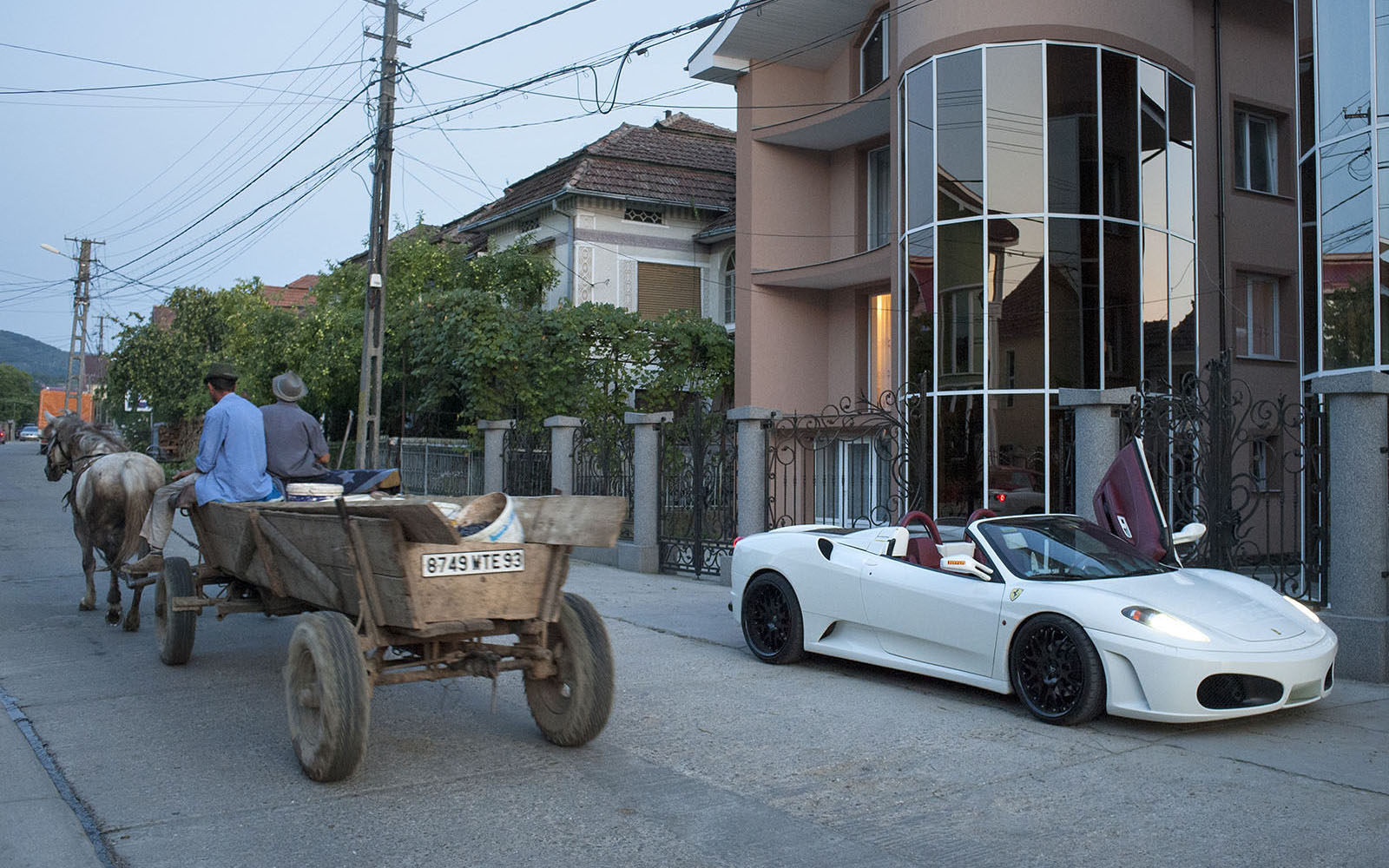 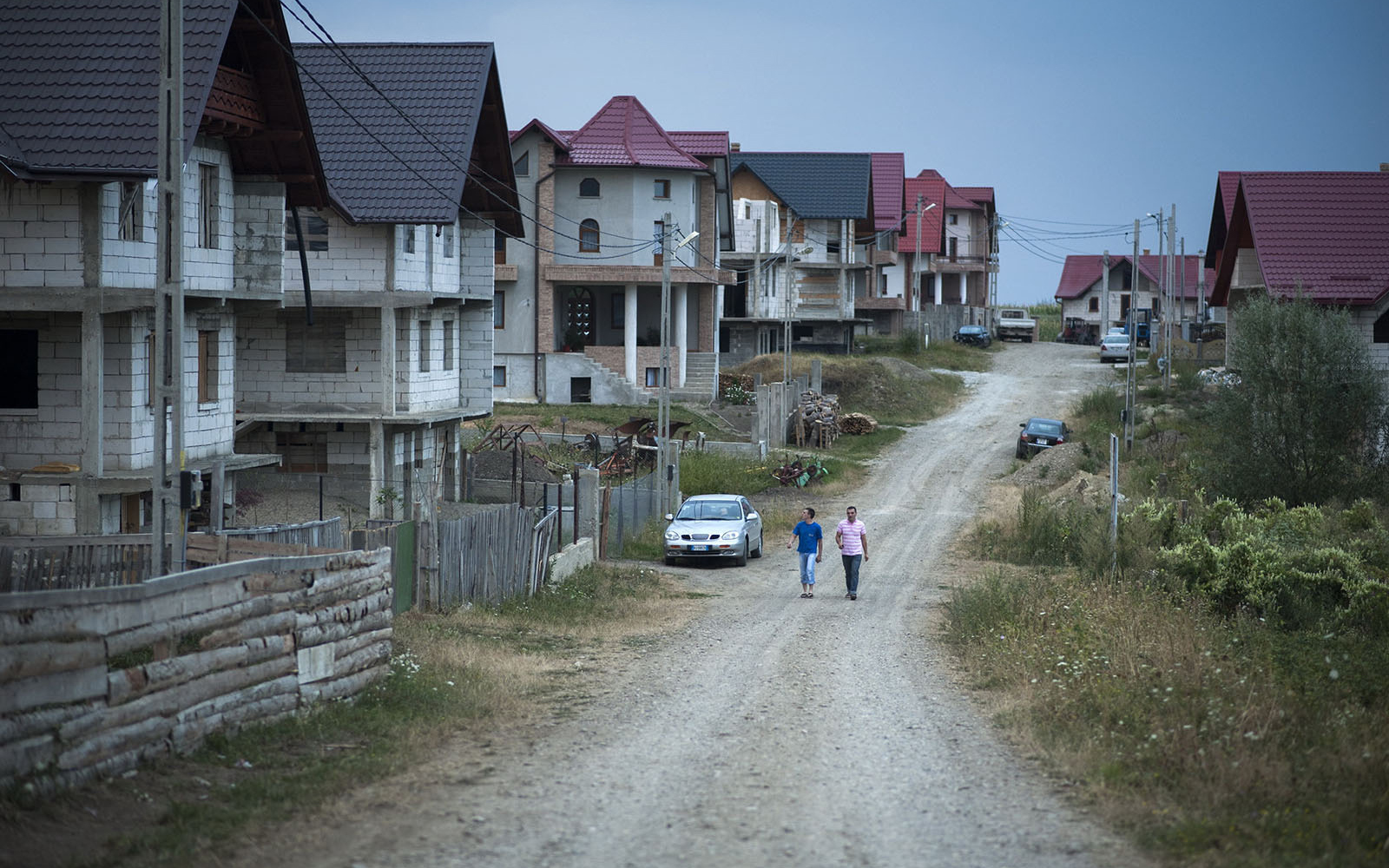 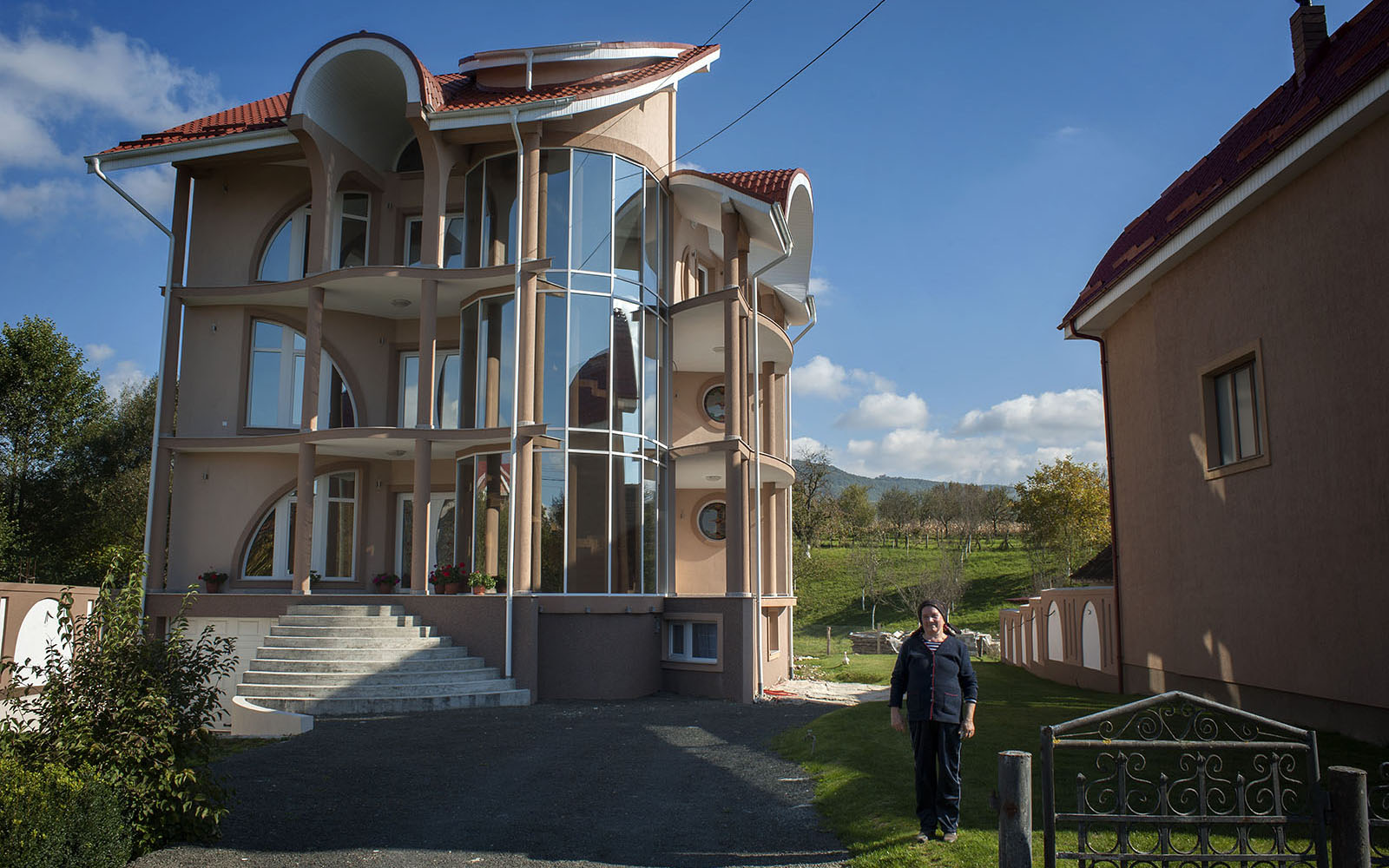 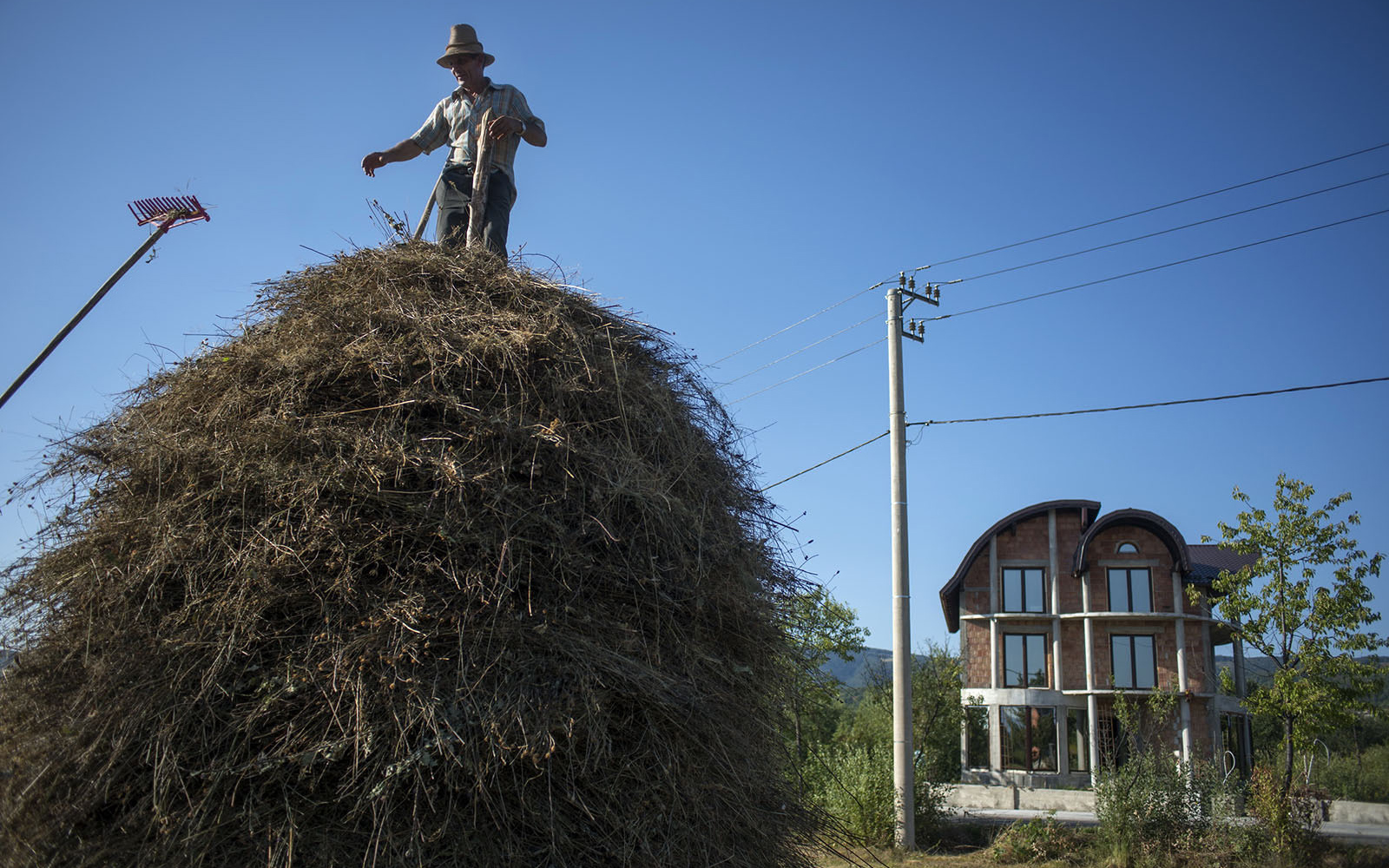 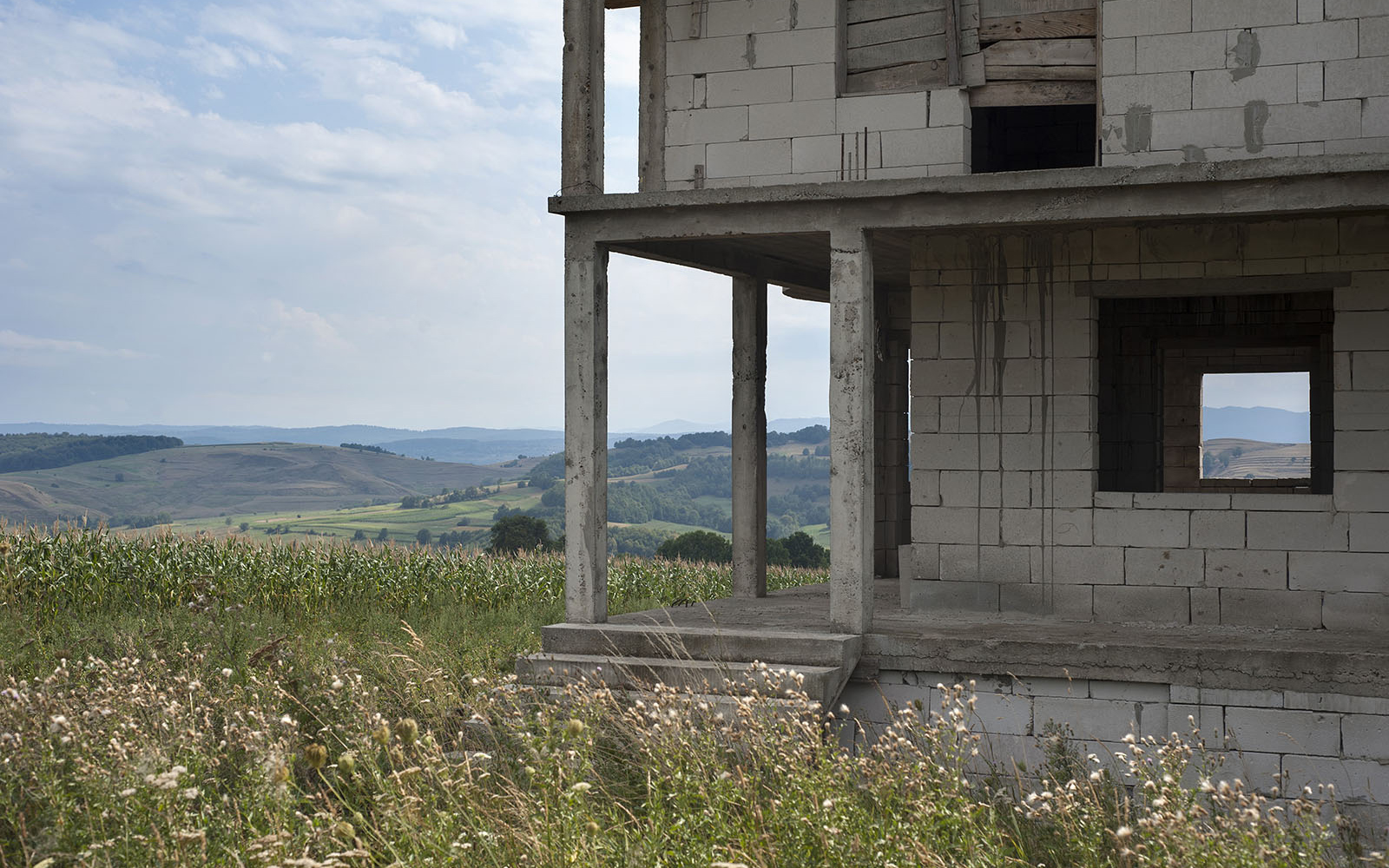 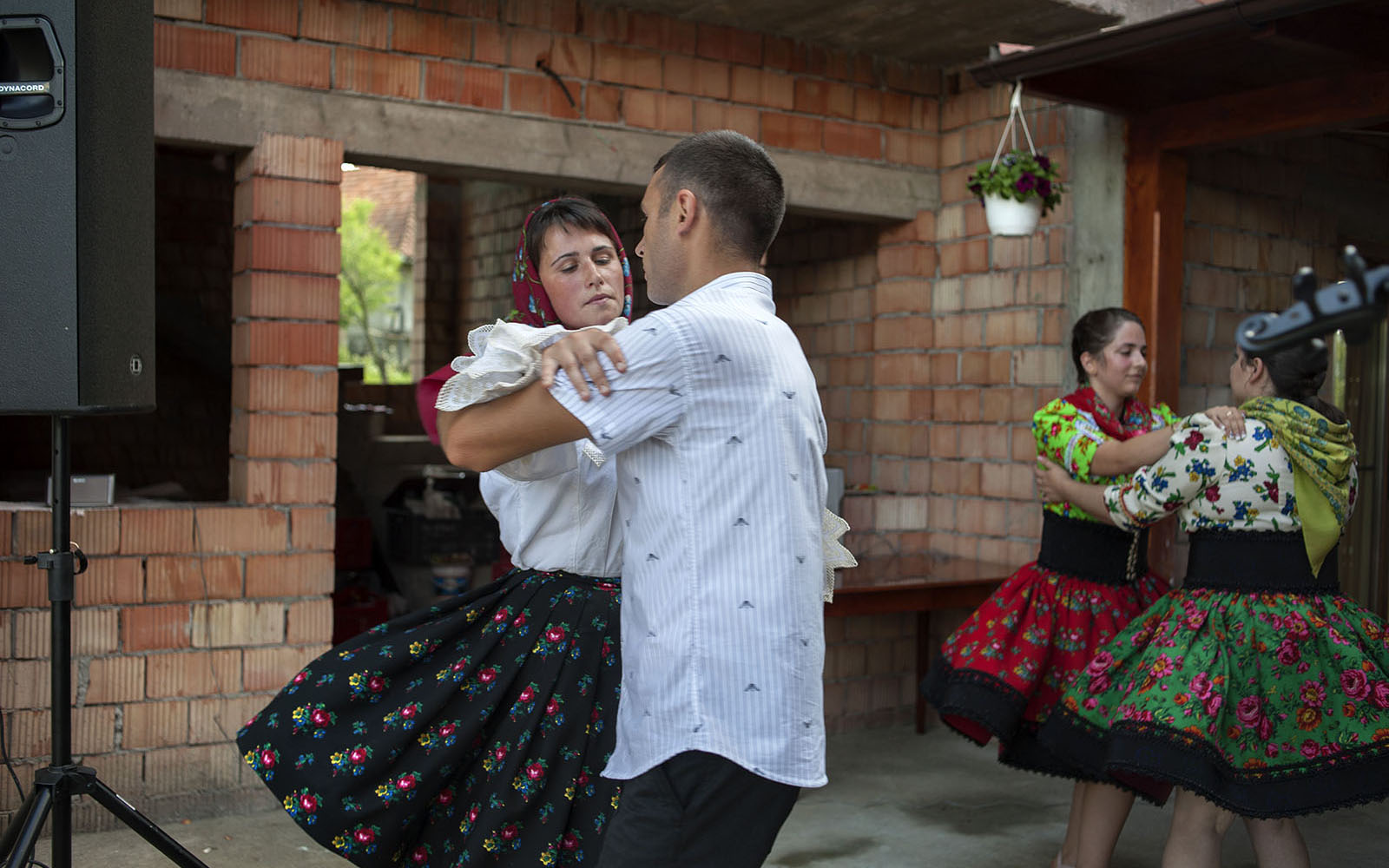 One in six Romanians has gone abroad to work. Most of them come from rural areas and the money sent back home has irreversibly transformed their native villages. Unlike in the city, where even competition is experienced and perceived individually and behind closed doors, changes are highly more visible in villages, where the main street is open stage to social competition.

Despite the fact that they have been supporting Romania’s economy for the last 20 years, the people back home use a pejorative term for those who have left: strawberry pickers.

During the year, some villages in Romania are deserted. No sounds of the cattle returning home, no sounds of hens or of horses’ hooves. The OST of the traditional Romanian villages seems to have turned overnight in muffled noises of concrete mixers, while the village elders have turned into site inspectors.

The first to go abroad in search of work were the inhabitants of the village of Certeze. Seasonal migrants within the country before ’89, the revolution found these people experienced in the harsh and austere life of those who are virtually never home, always on the road, with a little money set aside, and organized in closely-knit and mobile communities, prepared to explore the European job market.

Renowned for their work abilities and for their endurance under difficult conditions, these people were used during the Communist regime for the hard work within the country. Hard work, but well-paid. Therefore, the massive land clearings made in order to extend the agricultural surface of the country was done mainly using people from Oas, and the money they earned before ’89 was put into houses. As Romania hit the lowest poverty limit in an extreme plan to pay the country’s external debts, the villages of Oas were prospering and the old, traditional houses were “growing” a first floor.

After the fall of Communism, when the Romanian centralised production system collapsed and the work opportunities within the country vanished, the people of Oas were the first to force the border in search of work. Using paid guides, through forests, hanging under train wagons, in airless vans, hunted by the border police, these people marked the beginning of the Romanian workforce migration with frostbite, hunger, expatriation and an exceptional determination to succeed abroad and show to those remaining in the country that, just like in the olden days, it is still them who have made it.

Only in a few years, due to the newly-opened “doors”, a huge percent of the active population of Țara Oasului got through. After several attempts in finding their place in various European countries, most of them regrouped at the beginning of the ‘90s in Paris, France. They slept wherever they could, mostly under the blue sky, they lived in abandoned houses, they boiled the water so they could drink it and they sought survival options in a country whose language was unknown to them, in a country where they were looked upon with suspicion, where nobody would give them work and where nobody would take them on as lodgers.

Resourceful and adaptable to any situation, in a short time, these people found the solution that brought them the first money earned in France: they happily embraced the temporary legal statute of « the socially excluded» (SDF – without a fixed residence and without a work permit) offered by the French state and they monopolized the distribution of «street newspapers», a journal especially conceived for such people, who cannot otherwise earn their living. They quickly built the most efficient and crafty newspaper distribution network, succeeding in making masked beggary an amazingly prosper business. In the ‘90s, they made at least 50 Euros / day, money which they sent to Romania.

“The golden rule: you never eat all you make. If today you make 50 Euros, you put 40 aside” Cotros from Certeze resumes the philosophy of his people. Certeze is the richest village in Romania and it has become a model of success. Gradually, other villages have followed its example.

In the first ten years, while their children were growing up alone, they worked themselves out hundreds of km away from home, under the harshest conditions, until they managed to impose themselves on the French job market. They lived in abandoned houses or improvised barracks in the forests on the outskirts of Paris, they saved every euro earned and they sent money back home in order to build huge houses as a sign of their success abroad.

Today, 20 years later, these people have made it in France. Most men work in constructions and most women do the housekeeping. They’ve brought their children over and their grandchildren were born in France. They all have legal papers and most of them even have their own construction firms through which they help integrate others (latecomers) in the job market. Most of them pay rent and are gathered in the same communities as back home. There are entire apartment buildings on the outskirts of Paris which are mostly inhabited by people from Oas. Even today there are those who still sell street newspapers or live in the forest, but only because they left later or are trying, by any means necessary, to save money and thus make up for lost time.

Silently and with the same determination that got them to make it abroad, these people are building the new world in their native villages. Gilded in stainless steel and buried in concrete, the new world is engulfing, without anyone to witness this, the wooden houses and the last elders left back home.

In Paris, the people of Oas continue to observe the Romanian customs. They live in their own communities, most of them don’t speak the language, although they’ve been there for over 15 years, they eat sarmale, they drink moonshine and each day dream of returning home. Between the first generation, who fought hard to make a living in France, and their children, who speak French fluently and are perfectly integrated in French society, a bigger and bigger gap appears. The first generation dream of returning home, while the latter dream of breaking “the curse of the concrete” which forces them, according to tradition, to invest their hard-earned money in multi-floored houses in their native villages.

These big houses prevent both generations from fulfilling their dreams. Those who dream of returning home are forced to work far away from them in order to maintain them, those who dream of making a life in Paris are forced to invest all their money in finishing these houses. And, in many cases, this can last a lifetime.

Maramuresul, Moldova and Bucovina also have their success stories which are an example for the surrounding communities. The old, traditional houses have become storage space for construction materials for the villas to be built, luxurious cars swarm the village alleys which have turned scanty in August, when the migrants return home to spend their holidays in their country.